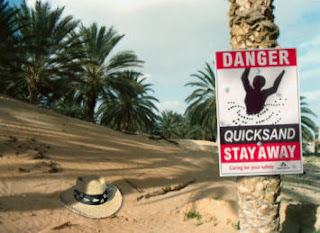 I would say that this is unbelievable, but I do believe it.

My guess, however, is that most Republicans don’t want to do this. Those “reaction meters” took a nosedive among Republicans when McCain proposed the plan at last night’s debate.

Anyway, I get the sense that a great many of the People Who Know What They’re Talking AboutTM think the United States should be doing something along the lines of what the Labour government in the UK has proposed. And there’s even some indication Treasury may be heading in that direction. So why can’t we just explicitly adopt such a policy?

I think there’s a good argument to be made here for the importance of norms and discourse in understanding political economy. “Material incentives” can’t easily explain the way that most people “just assume” explicit and comprehensive nationalization “isn’t politically viable.” Those hurdles have everything to do with current cultural constraints.

Intervening to stop the Holocaust

Who is Randy Waterhouse?