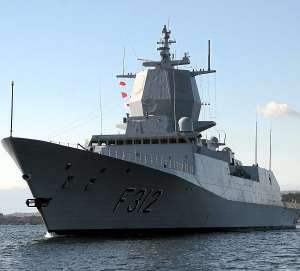 Andrew Sullivan proves himself a shill for Svalbard. Despite all the evidence to the contrary, Sullivan claims that the seed vault is a hedge against human extinction. But Svalbard watchers know the true role of the vault in Svalbard’s plans for Panzerbjørn world domination.

Why else would the Norwegians and the Russians engage in grim-faced saber-rattling over Svalbard?

While we’re on the subject, I should mention Zak’s concern about a connection between the Svalbard threat and Iceland’s financial collapse. Svalbard may, as he suggests, be attempting to secure control over the Arctic. This is a frightening thought. With the departure of US forces from the island nation, it is supremely vulnerable to attack. Yet The Monster remains, to our knowledge, unready for deployment in actual combat conditions.

So we believe it more likely that Svalbard may simply seek to exploit the current economic crisis if the opportunity arises… but it may be possible that its zombie sleeper agents–inadvertently revealed in Serious Sam 2 (search for “zombie”)–have been activated and are playing some role in the financial crisis.

Guilt by association: the other side of the coin

A question to our readers