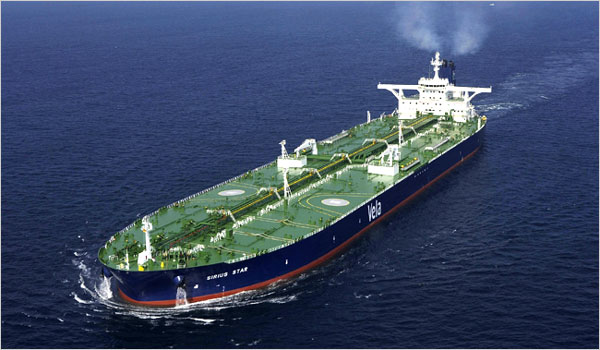 Somali Pirates seized a Saudi supertanker Tuesday. The tanker, one of the largest ships on the ocean, is the size of a US Aircraft carrier and three times a heavy when full. It has a crew of 25 (by comparison, an air craft carrier has a crew of over 5000). It carries over a quarter of Saudi Arabia’s daily crude output.

It is, perhaps, one of the most valuable targets that the Pirates could have seized. Its contents are estimated to be worth over $100 million. Of course, that will fluctuate with the price of crude, but still.

You wonder if this will prompt some more serious counter-piracy actions.

Update: The Indian Navy has sunk a Pirate Mother Ship, with the Pirates firing first, and the Indian ship returning fire and sinking the mother ship, while at least one smaller pirate craft got a way.

The CCP in a bind