End the monstrous and grotesque hybrid 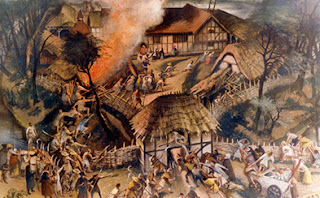 And just complete the nationalization process.

In return for the bailout, the government took an 80 percent ownership stake in the company. Liddy was recruited by former Treasury secretary Henry M. Paulson Jr. to run the company. Since then, the rescue package has ballooned. But both the Bush and Obama administrations have been reluctant to completely and explicitly nationalize the company, though this could have avoided the current flap over bonus payments….

I know the administration is worried about the political backlash, but the backlash will ultimately be worse if they don’t do it.

Or sic Robin Hood on ’em.

armageddontime to grab the pitchfork and storm the castle

Those were the days