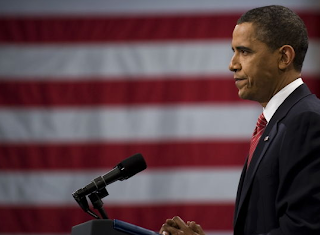 Foreign Policy covers “the world’s reaction” to Obama’s West Point speech last night on his troop increase in Afghanistan, but their sole representation of the Afghani reaction is a menacing quote from a Taliban spokesman Qari Yousuf Ahamdi. Al-Jazeera has a better look at the varied response within Afghanistan. The NY Daily News has a round-up of reactions from service-personnel.

Rob Farley’s discussion with Matthew Duss on Bloggingheads.tv has an interesting take on the Vietnam analogy and expresses surprise that Obama raised it all. Dan Froomkin has a great piece comparing President Obama to Senator Obamaa on the question of escalating stability operations abroad. Also, Jason Sigger has an insightful live-blog of the speech plus some commentary. In particular he points out the contradiction in Obama’s message: we’re in there to win but we won’t stay unless Afghanis step up.

“No blank checks… hold people accountable for results…” Or what? We’re not going to give them billions of dollars in aid?

As I wrote at Current Intelligence, what I liked about the speech is that President Obama began by using just war theory to draw a clear distinction between the war in Iraq (illegal, unjust, and one he opposed) and the war in Afghanistan (legal, justified and one he did and continues to support). The two conflicts have been so muddled under the rubric of the “global war on terror” and so much of Iraq’s bad PR has rubbed off on Afghanistan that this point needed to be made. He was drawing on and reconstituting the UN Charter regime when he reminded us that the initial 2001 war was authorized by Congress, legitimized by the Security Council and involved a broad coalition, and took place only in response to the Taliban’s refusal to apprehend or extradite individuals suspected of a crime against humanity under the doctrine of universal jurisdiction.

But I have some critical reactions too. On Democracy Now this morning Congressman Kucinich was blasting the speeech as well as the strategy. I thought many of his remarks missed the point, but he was correct in saying that the speech badly conflates the Taliban and al-Qaeda. It’s the Taliban the troops would be facing in Afghanistan – as Gen. McChrystal reported in September and Senator McGovern reiterated on NPR today, only perhaps 100 members of al-Qaeda remain in the country – yet it is the spectre of al-Qaeda that Obama is using as a justification for the troop increase. I like Presidents to clarify rather than confuse, so this troubled me, but I do see this as rhetoric not as a conceptual error in the strategy itself. Obama knows full well this is a counter-insurgency, not a counter-terror operation, and his new rules of engagement reflect that understanding. But I’d have liked to see him try to sell the US public on nation-building per se as in our vital national interest rather than fall back on tired old Bush Admin rhetoric about new attacks and threats to our own borders.

I was also troubled that Obama didn’t weed out the term “cancer” from the speech before he presented it. He used this term twice to describe insurgent and anti-American currents in South Asia and transnationally. Equating those who think, believe or act differently from us as pathogens (or anything sub-human) should be beneath this President and is not necessary to make his case.

The Next Big Human Security Campaign?