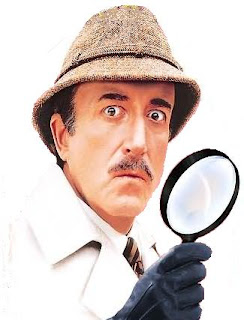 This is off-topic from Haiti, and while I am very much concerned about the situation there, an article in the Times of London yesterday raised an issue important enough that I thought I should blog about it. I am generally a fan of the Times, but I was very disappointed to wake-up and read this article declaring that an “Extreme preacher lectures at the LSE”.

This, sadly, is not a new issue. The government and the media have been concerned about radicalization (let’s be specific – Islamic radicalization) on university campuses for a number of years now and they have put in new measures to “deal” with the situation. We are now required to do unprecedented monitoring of our students, particularly, foreign students, including reporting their failure to show for class and their attendance at all levels.

Nor is the first time the LSE has been accused of being the “London School of Terrorists”. For years it was rumored that Carlos the Jackal went to the LSE (not true – but Mick Jagger did!) And accusations flew after the murder of Daniel Pearl when it emerged that the mastermind of his death had attended the LSE in the 1990s. One of Kaddafi’s sons was doing a PhD in the government department while I was there as well, but last I checked, Libya is supposed to be on our side now. Combine this with the fact that the “pants bomber” went to University College London (a different institution, but down the way from LSE) and I guess you have yourself one hot story.

I’m not a fan of Hizb ut-Tahrir or radicalization in general. Nor do I really want to see either of these things on campus.

This last point is particularly interesting because it is full of some loaded assumptions about what our responsibilities are as academics. First, that it is our responsibility to be aware of our students views. Secondly, if we are concerned with these views we must report them.
Most of my interaction with students is in the classroom – and I have a hard enough time getting them to speak in the first place. I don’t think I will suddenly have my apparently radicalized students suddenly issue a proclamation to wage war against crusader states in Week Three of term.

But let’s say this student does make such a suggestion. What is my best option as a lecturer? Reporting him immediately to the administration? Or would it be to question his views and have other students do the same. I suppose one answer is that these options do not have to be mutually exclusive, but the second option, in my mind, would probably be more effective than the first. If nothing else, having a bunch of eager third-year students (anxious to make their seminar participation mark) let loose on some nutty ideas, would probably have more of an effect (even if it only came down to peer-pressure) than making a claim that would be probably lost or ignored by a university administration trying to deal with the recent budget cuts announced by the Labour government.

To be fair, I would probably report something that seemed to be causing an immediate threat – such as students who suddenly took an interest in bringing a ton of fertilizer or armed weapons to campus. Additionally, I firmly believe that the beliefs of HT and other radicalized groups should be challenged in an open (and hopefully informed) debate. So this is not a call for academia to put its head in the sand.After all, I remember being shocked when I arrived at the LSE in 2001, seeing warnings on the walls that were warning about bombs in the post. There was also an anthrax scare at the BBC next to campus.

But it must be said that in terms of radicalization the only thing I ever saw was a very well sewn sign that was occasionally raised by the ever diminishing Socialist factions (and they spent more time fighting each other rather than capitalism) which read “One Stock Broker is one stock broker too many.”

Oh, and I guess there were all of those investment societies – who probably went on to fill the ranks of Goldman’s, AIG, etc – institutions that went on to bring about more havoc than this perhaps slightly delusional PhD student could probably bring.

In speaking about these issues with my friend Nick Anstead (blogger, lecturer at the University of East Anglia and fabulously more knowledgeable on UK politics than I am), he pointed out to me that the really interesting point here is the dividing line over public and private. The student preaches on Fridays in a room at the far end of campus to a university club/religious group. The rest of the week he is teaching students and (hopefully) working on his PhD. Is there a relationship between these two activities? Is it that they happen to both happen on a campus? And is that enough for the university to intervene?

What are our responsibilities as academics to national security while they are on campus? I am included to believe it is encouraging students to question views, teaching them how to read critically and widely. We are not trained to recognize radicalism in the ways that the government (and apparently The Times) wants us, nor would I ever want to be. I have papers to mark, office hours, a book manuscript to finish, a text book to propose and an article to revise and resubmit. I do not have the time to attend meetings where a student may, or may not, call for the over throw of the system. Oh, and then there are the very real “everyday” emergencies and tangibly more real problems of students dealing with death in the family, substance abuse and eating disorders.

Besides – most of us are wearing dirty jeans and wrinkled tweed. James Bond would not be amused.