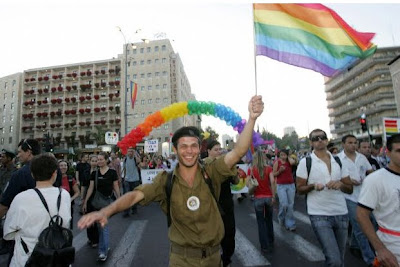 Danny Kaplan at Foreign Policy is pointing out how the US lags behind other top-notch militaries like the IDF in its nascent, grudging willingness to allow gays and lesbians to serve openly.

The United States and Turkey are now the only NATO military powers that do not allow gays to serve openly, but Israel and other countries have shown that the participation of gay soldiers in combat units presents no risk for military effectiveness. What’s more, acknowledging their presence might even improve unite cohesion.

No “might” about it, actually; Elizabeth Kier’s study of this topic twelve years ago demonstrated it does. She drew attention back then to the distinction between “unit cohesion” which is indeed based on a sense of commonality among fellow fighters, and “task cohesion” – the ability to actually get things done in a professional manner – which at times can actually be threatened by too much unit cohesion resulting in group-think. While the “military morale” arguments have accounted for the opposition to open integration by conservatives, Kier explains this only applies to unit cohesion, but it’s task cohesion that makes military units effective.

gays in the militarymilitary affairs

Why Sign the Torture Convention If You Plan to Torture?