Fatwas and Football…erm… Soccer (or Bend It Like Osama) 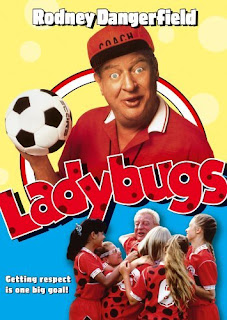 I’ve noticed that there has been little ‘quacking’ (ugh, I finally went there) on the blog on the subject of the World Cup. This might be due to the fact that I think pretty much all of us, regardless of location, are North American where ‘soccer’ is a fabulous summer sport if you are a female university student or a 9 year old. (Actually, that’s not fair – I went to a DC United game last fall and had a blast. It’s a well-kept secret that US soccer fans actually know how to have a good time.)

But do you know is paying attention to the World Cup? Radical Islamic militants.

That’s right. Osama bin Laden, Al Qaida’s own Christiano Ronaldo (only substantially less attractive), is according to Newsweek, a huge fan of soccer.*

bin Laden—whose strict Islamist worldview proscribes music, women’s education, gambling, drinking, homosexuality, and the shaving of beards—is a fan of the game, and his preferred position is center forward. He is one of the many jihadists who worship the world’s most popular sport. “It’s on the whole their favorite thing after jihad,” says Scott Atran, an American and French anthropologist who has studied the interplay between terror groups and soccer.

But even worse, jihadists also actually use the world’s most beloved game as a recruiting grounds of sorts for terrorism!

For many extremists, however, it’s not just about the love of the game or even Muhammad’s injunction to believers that they maintain sound bodies through exercise. In fact, soccer has a proven history as a tool of jihad—it’s a useful method of bringing recruits into the fold and helping to encourage camaraderie among those who have already joined…
He used the occasions to instill religious lessons, too, offering additional treats for participants who could answer trivia questions on the Quran and the teachings of the Prophet Muhammad during breaks in the action.
The power of soccer as an organizing force stayed with him as he traveled. When Al Qaeda was headquartered in Sudan in the 1990s, the terrorist group had its own two-team league, Wright says. It wasn’t pickup ball: this was serious soccer, with regularly scheduled practices and weekly matches between the squads after Friday prayers.

The post goes on to suggest that while militancy does not make you an Arsenal fan (though, having lived next to their old stadium for a few months in 2002, I’m not convinced) that the reverse might be true. The team that plays well together can plot well together. The perpetrators of the 2004 Madrid train bombings played football together, and apparently Hamas looks to soccer teams – tight knit groups of physically fit and young men – when looking for operatives. One of the members of the “Airliners Plot“, Waheed Zaman is apparently a big Liverpool FC fan.

Being neither a huge fan of soccer nor particularly knowledgeable about Islamic militant radicalization, I can’t really assess to what degree this is true. However, it would seem to be the case that not every jihadi agrees. According to Jihadica, a fatwa has been issued against watching the World Cup. Minbar al-Tawhid wa’l-Jihad has apparently stated that watching a sport where players are paid unevenly according to goals (which, to my knowledge, isn’t actually true) amounts to a form of gambling. And of course there’s the scantily clad women (*shock* *horror*) enjoying themselves, the unethical behaviour of the players (okay – they have a point there) and the fact that it constitutes a distraction from the duty of jihad means that the faithful must refrain from watching the World Cup. According to Jihadica, the fatwa continues:

“I remind you of how the infidels have waged war against our religion, distorted our dogmas, ripped apart our people and cut off its limbs (…) After all this, how can any of us watch these matches that distract us from God and the duties of our religion and jihad against our enemies? Like a butterfly that sees the fire and then flies right into it.”

Even the Newsweek article starts by stating that the Islamic movements in Somalia have attacked supporters for watching the un-Godly beautiful game.

So there you go. It’s either a terrorist recruiting tool or a forbidden satanic temptation. Having lived in soccer-mad UK for nearly 10 years, I’m inclined to believe it is both.
At least in Catholicism we have a random guy in a pointy hat to solve these pressing theological issues.

*In the ongoing dispute between “soccer” and “football”, I’m using soccer. Because I’m Canadian and I can.

The Oceanic Conference on International Studies (and Finally, Some Thoughts on Feminist Method)