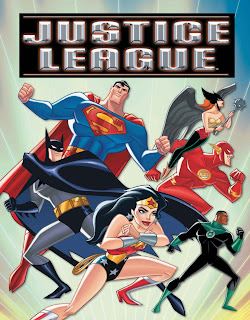 Today is International Justice Day – at least according to the Coalition for the International Criminal Court. (What?! Aren’t you celebrating?!)

It comes at an interesting time. The ICC ruled this past week that the charge of Genocide may be included as part of the allegations against Sudanese President Bashir. Secondly, the ICJ will be ruling next week on Kosovo’s declaration of independence.

While both of these may suggest that international justice is strengthening throughout the system, I wonder if these events may actually demonstrate the opposite in some ways.

First, there is hope that including the charge of genocide against Bashir means that he will be easier to catch and prosecute. After all, states who have signed the Convention for the Prevention and Punishment of Genocide (not to mention any party to the ICC) would be legally obliged to hand him over. As Prosecutor Luis Moreno-Ocampo argued in the Guardian this past week:

Bashir is attacking Sudanese citizens, the same people he has the duty to protect. Now the international community has a new opportunity to provide protection. There are countries that are not members of the treaty that created the ICC, but which are members of the genocide convention. The convention could apply in this situation, triggering the responsibility of these states to prevent and to suppress the acts of genocide. Humanity has a responsibility to protect the Darfuris.

However, the tricky thing with the Genocide Convention is that while states are obliged to “prevent and to punish” genocide – nowhere in the Convention does it specify how this is actually to be done. Are states to arrest and hand over? Are they merely to deny leaders like Bashir access to their countries? Or are they actively supposed to hunt him down? And since Bashir has thus far been able to go about his duties, even while under other ICC charges, I highly doubt that this is going to make a huge difference (although I would like to be proven wrong.)

Second, no matter what the ICJ decides in its decision on Kosovo, I wonder if it is really going to make a difference. The starting point for this, of course, is that it is an advisory opinion – so it’s not going to make a huge difference either way as it is non-binding. It is either going to help solidify a fait accompli or it is going to basically make a decision that will fly in the face of political reality – Kosovo is not going back to whatever is left of the Former Yugoslavia. It may allow the Serbs to score some political points, (particularly if it goes to debate at the UN General Assembly) but that is about it.

Where this is obviously going to have greater implications is on other sovereigntist movements around the world. How they go about achieving their separatist ends will be of some interest.

Anyway, for the interested reader, I have included the CICC’s press release below.

Twelve years ago on this date, the Rome Statute was adopted by an overwhelming vote of 120 nations. Today, 111 nations have joined the Court and the number keeps growing. Coalition members will celebrate this day in solidarity with victims of crimes against humanity, genocide and war crimes through a number of worldwide events.

‘International Justice Day is a time to affirm that victims of crimes against humanity, genocide and war crimes deserve redress and that the ICC treaty is a great victory for the protection of universal human rights and the advancement of human security’ said CICC Convenor William R Pace. ‘Most of the ad hoc and special tribunals have begun the process of winding down. So today, we urge all States, international organizations, civil society and the world’s media to reaffirm their commitment to justice, and to the goal that all nations should ratify the Rome Statute of the ICC, the world’s only permanent system for international criminal justice,’ he added.

International Justice Day is an opportunity for the world community to celebrate the historic advances in ending impunity for the worst crimes in international law. Since 1993, 181 trials, dealing with terrible crimes committed in 12 countries have been held by six international and special tribunals. Similar trials for the gravest crimes are ongoing at national level. 2 trials are being conducted at the ICC so far, investigations in 5 countries were opened, and twelve arrest warrants and three summonses to appear were issued. Allegations of crimes committed in many other countries are being considered by the ICC Prosecutor.

This year, International Justice Day takes place only a few weeks after the conclusion of the first Review Conference of the ICC Rome Statute, which was held in Kampala, Uganda from 31 May to 11 June. At the Conference, ICC Member States agreed upon amendments to the Rome Statute. In particular, the Review Conference adopted a definition for the Crime of Aggression as well as provisions governing the terms of the Court’s ability to investigate and prosecute individuals for the crime of aggression. In Kampala, States also made important commitments on the issues of cooperation, complementarity, victims and affected communities and peace and justice. The Coalition for the ICC now calls on States to turn words into concrete actions.

These actions may take the form of encouraging states that have not done so to join the Rome Statute; ratifying the Agreement on privileges and immunities (APIC); implementing the Rome Statute into national law; showing consistent public support for international justice and the work of the Court; responding positively to the Court’s cooperation requests; signing enforcement of sentences or victims and witnesses and victims relocation agreements with the ICC; and providing funds to the Trust Fund for Victims as well as to the Court so that it can improve its outreach and related field work. Civil society, cultural, and educational initiatives for international justice should also be supported.

The Coalition for the ICC is a civil society network of 2,500 organizations in 150 countries advocating for a fair, effective and independent ICC. Through this committed global partnership, the Coalition’s guiding mission is to make justice universally accessible for victims of the gravest crimes in an effort to secure lasting peace.”