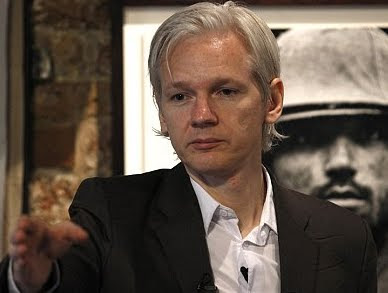 Last Monday, Julian Assange told reporters in London that the Afghan War Diaries reveal war crimes in Afghanistan, and reiterated this statement on Democracy Now! midweek. The claim has been widely reported and is being reported as fact by some sources. This installment in my series on the Wikileaks story will evaluate this claim and correct a few conceptual inaccuracies circulating in the press coverage.

But first, here’s what this post is not arguing. I am not arguing that no evidence of war crimes exists in the war logs. Actually, it would surprise me if there are not some genuine international humanitarian law violations evidenced in those documents, as some occur in every war, and many are already well known to have occurred in this war. Any new allegations should be investigated immediately by the responsible governments (if indeed they have not done so already).

That said, several of the examples Assange has given in his interviews so far or that have been reported in the press are not actually war crimes, and those that may be have long been known to those following the war.

This brings me to three important points about whether Assange’s “revelations” of “war crimes” can justify the potential risks to which he exposed others in “blowing the whistle.”

1) The Term “War Crimes” Refers to The Means By Which War is Waged, Not the Question of Whether War Itself Is Legal or Ethical. The laws of war are divided into two categories. The first is the law on the use of force governing whether specific wars are justified (grounded in the UN Charter regime). The second, which includes the law of armed conflict (Hague Conventions) /international humanitarian law (Geneva Conventions), governing how war may be conducted whether or not it’s justified, as well as the treatment of non-combatants. The concept of “war crimes” refers to grave violations only of the second set of treaties; a widely accepted list of war crimes appears in the Article 8 of the Rome Statute establishing the International Criminal Court.

Assange’s main point seems to be that war itself is hell, rather than that soldiers have sometimes behaved in hellish ways:

This material shines light on the everyday brutality and squalor of war. The archive will change public opinion and it will change the opinion of people in positions of political and diplomatic influence.

Well, war is hell. (Though, sometimes, so too is peace.) But the fact that interstate war brings with it “squalor and carnage” doesn’t necessarily imply war crimes. For that we need to look at how soldiers are conducting themselves in a given war, and we need a basic familiarity with relevant treaty law.

2) Not Everything Bad That Happens in War Is A War Crime. Here are some things Assange is talking about that are definitely not war crimes.

Accidentally Killing Civilians. The US does an awful lot of this, and I’ve argued before that that policy is ethically bankrupt. But it’s not a war crime, as the Geneva Conventions drafters accepted that unintentional deaths may occur in wars. Killing civilians on purpose is a crime, but the US does not have a policy of intentionally murdering civilians. Quite the contrary. Although there have been cases where US individual soldiers committed war crimes, official US policy has in fact been, in recent decades, to incur ever greater risks in order to avoid hitting civilians. The best of intentions don’t mean civilian casualties will ever be zero in a conflict zone. But Assange’s claim that civilian casualties have been tragically high doesn’t equate to evidence of war crimes – at least not necessarily.

Starting a War in Which Your Enemy Then Purposely Kills Civilians. The Taliban does appear to have a policy of intentionally murdering civilians. In fact, many of the “war crimes” described in the Afghan War Diaries – such as IED attacks on civilians – are actually Taliban crimes. It’s disingenuous for Assange to claim that the US war itself is responsible for these actions just because we started the war, since the Taliban were also intentionally slaughtering well before the 2001 air war.

Failing to Keep Accurate Track of the Number of Accidental Civilian Dead. The reports definitely demonstrate this pattern to an enlightening degree: when US troops hit civilians accidentally, the field reports often gloss over evidence of the body counts. I think this is terrible practice, but to my knowledge this isn’t a violation of war law, because (to my knowledge) governments are not actually required to record and disclose civilian casualties. If I’m wrong on this one someone point me to the relevant provision in treaty law; I haven’t researched it closely, though Stephanie Carvin has, drawing the same conclusion.

3) Revelations of Things We Already Knew Aren’t Revelations.A number of practices in Afghanistan evidenced in this report are in fact argued by some including myself to be war law violations. But these practices had already been long documented and condemned prior to the Afghan War Diaries.

Assassination of Alleged “High-Value Targets”. The documents “reveal” that ground troops are engaged in missions to kill specific terror suspects, which in some cases (though not all) are arguably war law violations. (I say arguably because while I would have argued that suspected militants should not be considered legitimate targets unless engaged in hostilities, the Obama Administration and some legal experts whom I respect disagree with me.) At any rate, this debate over “targeted killings” is an old one. How are the actions of Task Force 373 any different from those of drone pilots assasinating suspected militants (and their families) from the air? In both cases, US troops hunt suspected insurgents by stealth instead of engaging them in the open, and take them out often along with a multitude of innocents. In either case, the central war law issue is the same: is it right for our armed forces to kill people, even bad people, who are not at that time engaged in hostilities (that is, is any civilian area where a suspected militant might be at the moment a legitimate military target?) (I say no; the Obama Administration has argued yes.) If the public wasn’t already incensed enough about this to force policy changes, I’m not sure how this new evidence of the same practice engaged in by ground troops is going to tip the balance.

Unacceptably High Levels of Collateral Damage. Well yeah. Many of us have been saying this for years. The Administration hasn’t listened, and aside from the fact that researchers like me can now calculate exactly how unacceptably high they are (more on that soon) and maybe capture variation in the unacceptability barometer for various rules of engagement to conduct a precision human security analysis, there’s no there there.

A Polish My Lai? One story Assange describes on Democracy Now! is an alleged massacre of civilians by Polish ISAF troops, and this is the sort of thing that indeed qualifies as a war crime. But this too was already reported at the time. And unlike My Lai, there was no need to “blow the whistle” on this one, because it was never denied or covered up: the Polish government has already exhibited due diligence by investigating and trying those responsible. According to the Warsaw Business Journal:

A Polish investigation linked seven members of the Polish military with the attacks. A trial to determine their guilt began in February 2009 and is ongoing. The defendants face prison sentences of between 12 years and life for the killing of civilians and/or firing on an unarmed target. It is unclear whether the Wikileaks documents will have any affect on the court proceedings.

If so, Assange may have undermined due process in a criminal proceeding – one of many potential knock-on effects of his disclosures whose true extent may never be known. He has also apparently broken Polish law. The same article asserts:

Another revelation contained in the incident reports is the name and rank of the Polish counter-intelligence officer involved in the investigation of Nangar Khel. The publication of this information is a crime in Poland, carrying a sentence of five to eight years in prison. It is also a crime in the United States, as evidenced by the Valerie Plame investigation of 2003.

One Final Thought. Though I remain highly critical of Assange for dumping sensitive data online indiscriminately, I feel compelled to emphasize that I am not an opponent of whistle-blowing per se. In fact, I strongly support whistle-blowing specific cases of actual war crimes – like an actual “My Lai” where the responsible government is covering up the incident rather than prosecuting the offending troops – in a way that calls attention to perpetrators and their bystander governments while protecting the identities of vulnerable populations. (Which is not, however, what Assange has actually done here.) More on all that in a future essay.

[cross-posted at Lawyers, Guns and Money and Current Intelligence]

The ticking clock(s) on Iran…

It’s hot out there…