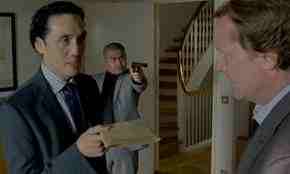 The BBC has offended the Chinese government because its primetime show Spooks (Mi5 in North America) has depicted Chinese intelligence agents in an unflattering light, reported here and here in the last few days. The plot saw MI5 trying to prevent an ‘ethnic weapon’ falling into Chinese hands, with much chasing around London and a few sinister and, perhaps, stereotypically Chinese baddies (judge for yourself in the Guardian screenshot here).
As somebody who has written about Spooks and the war on terror (Chapter 7 of this), only to meet gentle mockery from my students, colleagues and indeed co-author, I can only say thank you to the Chinese government for suggesting Spooks is significant; that representations of international politics make a difference to international politics; enough of a difference to kick up a diplomatic rumpus.