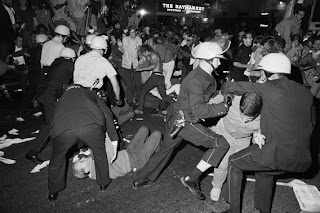 Political violence, including assassinations?
Much worse.

It is something of a testament to how far we’ve come that what outrages us now is relatively tame compared to the spewings of the far left and the far right less than half a century ago.

I still don’t have much use for claims that center-left politicians are trying to destroy the United States, or that center-right politicians are fascists. I still think that most of the political elites accusing their opponents of trying to institute tyranny and implying the need for armed revolt are lying weasels. But let’s not wax nostalgia about some golden past of American politics, okay?

Violent Rhetoric, Rhetorical Violence, and all that

Not working out so well