The Promise and Perils of Book TitlesBecause I’m Way Too Busy With the Start of the Term to Blog About Anything Useful. 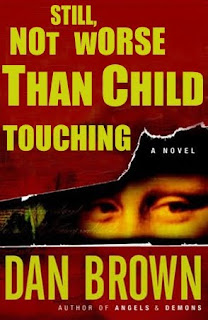 Thanks to Erik Voeten, I have just discovered a fabulous blog, Better Book Titles:

This blog is for people who do not have thousands of hours to read book reviews or blurbs or first sentences. I will cut through all the cryptic crap, and give you the meat of the story in one condensed image. Now you can read the greatest literary works of all time in mere seconds!

Some of my other favorites from the site:

blink
the curious incident of the dog in the nighttime
the very hungry caterpillar, and
the elements of style.

And both Erik and Jeff Ely have a little more to say about the political economy of book titles, especially in academic publishing.

And Kieran Healy is collecting suggestions for a political science contribution to the Better Book Titles site, where Friday entries are submitted by readers. I’d love to come up with a snappy version of Dan Drezner‘s new Theory of International Politics and Zombies, which I’m supposed to roast at the International Studies Association Conference in March. [“I Am Too Funny For My Half-Eaten Shirt,” perhaps. Or “I Will Claim To Describe IR Theory While Completely Ignoring Feminism, Post-Colonialism and Critical Theory. Bwa Ha Ha!!”]

Add in your own suggestions for this or other books below.

How Political Negotiations can be Un-Mediated but Mediatized