Since there is nothing else going on in the world, let’s talk about Canada! 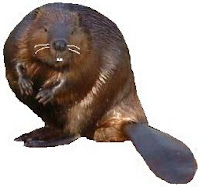 International politics is such a bore these days, right? Good thing we have Canada to spice things up for us!

There were two interesting developments yesterday for those living in the northern end of North America. First, it was announced that a Canadian, Maj. Gen. Charles Bouchard, will be heading up the NATO mission in Libya. My first thoughts about this were that the choice represents an interesting compromise. Canada, the (French?) vanilla ice-cream of the Western alliance (normally boring, but safe and reliable) represents a non-American and non-European choice. Yet, since the Americans clearly did not want a high-profile position on the mission, this seems to have settled a rivalry between the UK and France. I suppose Bouchard, who represents a country of both English and French sensibilities (and an ability to speak both languages) was an even better compromise then.

As Olivia Ward at the Toronto Star describes it:

A government source told The Canadian Press that a British general was touted for the job at one point, but added that the United States wanted to see a face that nervous allies — particularly the Turks — trusted. The tipping point came when the French got behind the appointment, senior Canadian officials told CP.
In spite of Washington’s reluctance to front the operation, close ties with the American military may have helped to decide Bouchard’s appointment. Already stationed at NATO’s main command centre in Naples, he has played leading roles at the North American Aerospace Defense Command.

So a chance to lead AND help solve internal NATO power struggles – what could better make for a Canadian’s day? Seriously. This is the kind of stuff that our diplomats dream of when they snuggle under their flannel sheets at night.

There is the larger question as to what Canada will get out of this, of course. Some have argued that the commitment of six F-18s (apparently being referred to in some circles as the Canadian ‘six-pack’) and one warship to the mission is more symbolic than significant contribution. We have been running some air strikes, but clearly this is still an American show (no matter how much the Americans want to deny it.) However, since we’re in Afghanistan, I’m pretty sure we’re a bit stretched right now.

But there is some clear appeal for the government. The first rule of thumb of Canadian military action is that we generally feel safe and happy in a coalition. So check that multilateral box off. This will also give us some international recognition – so that’s also a huge plus. But there are other benefits.

First, I wonder to what extent the government, currently (and controversially) arguing that it needs to spend BILLIONS of dollars on new F35 planes, will use this mission to justify the expenditure? I have not seen a lot in the media arguing this point so I’m not sure. The debate over the F35s may still be tied to a larger discussion over Canada’s role in the world (with this serving as an example).

Second, Canada and the UAE have not exactly been getting along lately. (I’m sure that air base Canada just lost in that country would have been pretty useful right about now.) In this mission over Libya, they will be flying (literally) under the same banner. Apparently everyone is letting bygones be bygones for now:

But this unpleasantness has apparently now been put aside, at least temporarily. Fighter pilots from the two countries may fly combat missions in the same theatre of operations as part of a UN-sanctioned coalition that has ostensibly been designed to protect Libyan civilians from Moammar Gadhafi’s military.

Third, as noted in this editorial, Canada is going to be playing a large role in the mission, despite the UN Security Council snub it received last year. In other words,

The quick decision to provide military support lends credibility to not only the mission, but to Canada itself. In facing down the cruel dictator Moammar Gadhafi, Canada is putting words into action in defence of Libyans fighting for their freedom. Along with other nations, Canada is living up to its responsibility to protect innocents from a brutal regime.

I think this may be making Canada out to be slightly too magnanimous – but there is a point here. We’re engaged in nation building on the ground in Afghanistan and now leading the Libya mission while Portugal, who beat us in the race to the UN final 15, is being pulled into a small dark corner by the European Union and being forced to take a bailout package, in the middle of a government crisis. Right.

As for the second interesting development – while Canada is busy trying to help promote democracy in the Middle East, our own government fell. Election time! This has lead to James Joyner at Outside the Beltway noting that “Canada is leading the operation in Libya but no one is leading Canada.” Precisely. And more on that to come, no doubt.