A Beast in the Heart of Certain Small Units 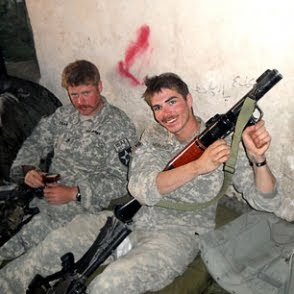 Excellent in-depth discussion of the Stryker Brigade in the New York Times. What’s great about this piece is that the author goes into considerable depth to understand the structural context behind the so-called “Kill Team”‘s campaign of recreational murder against civilians, and resist the seductive and typical “bad apple” story.

That said, I think this piece over-determines the impact of simply being in a conflict zone and under-emphasizes the significance of unit structure and culture. It’s true that the longer a war drags on the greater the likelihood of some units ‘going rogue’ in this way. It’s also true that certain field conditions – boredom, isolation, loss of one’s comrades – increase the likelihood of atrocity. But within that context, some units commit atrocities and others don’t. A number of studies, including this one from Sierra Leone, this analysis of rape warfare, and another study on IDF units that I can’t yet cite because it’s not yet published, demonstrate that it is variation in the composition and disciplinary culture of small units themselves that account for variation in atrocity. Large-unit commanders may have little control over what small units are doing, but they have considerable control over the composition and disciplinary culture of those units.

For my part, I’m more interested the following aspects of this story, which come later in the piece or are not discussed at all:

a) Bad Apples At the Top. The role played by brigade commander Colonel Harry Tunnel, who handpicked the socio-pathic Gibbs to lead the group, and created a climate of disregard for McChrystal’s pro-civilian-protection rules after arriving in Afghanistan. The Army Times had a report on this issue back in 2009. Tunnel has been given a slap on the wrist by the military.

b) The Social Dynamics of Leadership Turnover in Small Units. Curious to know more from scholars or readers with military experience about what it does to an isolated unit out in the field when their leader is replaced by a newcomer who they neither know, like or trust. I have no idea if there’s any relationship between this situation and that leader’s propensity toward a certain kind of leadership style (both to engender unit cohesion with him at the top and to protect himself again fragging), but I know that Sgt Wuterich had also recently taken command of a pre-existing unit just prior to the Haditha massacre (not that the two incidents or unit commanders are otherwise very similar), and I wonder if this is a variable that has been considered or studied at all.

c) The Military Whistle-blowing System. Recruits are trained to disobey unlawful orders, prevent them from being carried out, and report them up the chain of command. As far as I understand it (please correct me or add to this) points of contact would include their military chaplain, the Provost-Marshall, or the Inspector General. But it’s quite unclear to me how someone like Private Andrew Holmes would be in a position to contact any of these individuals from a remote outpost, and to do so without tremendous risk to himself. Specialist Adam Winfield contacted his father by FB chat and spilled his guts, clearly wishing to throw light onto the issue and stop the atrocities. His father correctly contacted a variety of sources, but was told to have his son direct his complaints through the chain of command. Since this would clearly have put his life at risk, Christopher Winfield instructed him to go along for now for his own safety and promised to continue pressuring the authorities. Ultimately Winfield “went along” to the extent of shooting a civilian himself and is now (rightly) on trial for murder (as military law required him to turn his gun on Gibbs instead and he chose to commit a crime).

However it is shameful that the structural context in which he was embedded incentivized this behavior, which he clearly knew was wrong, rather than disobedience and whistle-blowing. The military does a fine job at protecting its troops from enemy harm through training and force protection measures. Shouldn’t they also be protected from retribution by their own units for disobeying manifestly unlawful orders? There is something wrong with putting such a burden of just conduct on troops in situations where their own life is at risk, without keeping in place a system by which they can do the right thing at a reasonably small risk to themselves. I think he US military needs to seriously reconsider the mechanisms in place for enlisted personnel to report unlawful activity anonymously; and if it won’t perhaps the NGO sector should step in.

Most Entertaining IR Scholar? None of the Above?