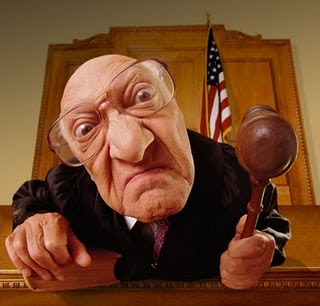 There has been so much going on with the international law front, it’s kind of hard to know where to begin. In sum:

Oy. No shortage of things to blog about. So let’s go meta, shall we? (With the hope that they’ll be a chance to return to some of these in the next couple of days.)

International law is still hot. It’s the old and new black. We’re getting our law on. I-Law is in the hizz-ay.

I make this (somewhat obvious point) in thinking about Charli’s post earlier this week about “Lawfare” where she takes to task Eric Posner’s editorial on the concept. I liked the post, but I think “lawfare” is a far more complicated phenominon than what her argument suggests (although I think Charli was more interested in talking about Posner’s argument than exploring what “lawfare” actually is.)

There seems to be general consensus that the term was created by Charles Dunlap who described it as “the use of law as a weapon of war”. Yet, beyond this, there seems to be little agreement as to what this implications of this means – except everyone seems to use the concept derisvely. Some, like Posner use the term to mean the use of law by NGOs to try and restrict military operations by powerful (particularly Western) states. Some, like David Kennedy suggest it is the manipulative use of law by states to justify violence.

Alana Tiemessen has usefully pointed out the different meanings of the term that were pointed out by the participants at a conference on the term at Case Western University last year:

Despite the speakers frequent lamentations that after much discussion we still don’t know what lawfare is, it origins and conceptual boundaries are as clear as any contested concept can be in the study of law and politics.

For most, the concept of lawfare came to the fore with Charles Dunlap’s initial definition (2001) of lawfare as “the use of law as a weapon of war.” He subsequently expanded the definition to be “the strategy of using – or misusing – law as a substitute for traditional military means to achieve an operational objective.” Empirically, lawfare has since been applied as an accusation with respect to the detainees in Guatanamo, the Goldstone Report, tactics in the War on Terror, and yes, to question the legitimacy of international criminal tribunals.

With so many different ways to understand the concept – I wonder if “lawfare” is really just a trendy way of describing the politics of international law? And if so, is it really that useful?

I think an argument for “lawfare” being useful could be based on it being understood as a phenomenon: although international law has always been political, the way that non-state actors engaged with it changed in the 1990s (with the classic case being the 1997 Ottawa Landmines Treaty.) And since the 1990s there has been a flourishing of international humanitarian/human rights organizations which monitor international law in armed conflict. International law is being discussed in ways that it never has been before – whether its is because of the media (which makes watching and reporting alleged violations easier), the internet (which makes it easier to research and find) or changing expectations in populations (which demand that wars fought by democracies are fought in ways that reflect democratic values.) So should lawfare refer to this of hyper-discussion and awareness?

The problem with this (at the risk of having set up a straw-man) is that international law, particularly the laws of war, have always been political. Not even the participation of non-state actors is particularly new. ICRC aside, in the 1970s national self-liberation movements (such as the Palestinian Liberation Organization and the African National Congress) demanded and sometimes recieved the right to participate in IHL conferences (such as the Geneva Diplomatic Conferences which wrote the Additional Protocols). And both the United States and Soviet Union (and their client-states) were willing to use international law to score their political points (such as North Vietnam insisting that downed US navy pilots were “war criminals” rather than prisoners of war.)

It’s obvious that discussions and heated debates on international law related to armed conflict will not be vanishing anytime soon, especially as states continue to feel obligated to justifiy their actions in terms of international law and NGOs continue to push for more and more restrictions on weapons. Whether or not we choose call it “lawfare” (however defined) will make little difference.