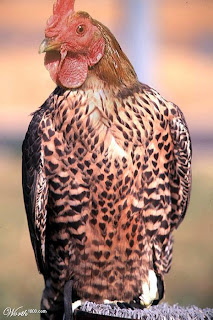 John Bolton writes in the LA Times, which unlike the rest of the world I read because where else could I find out who died in my neighborhood recently, that we must stay in Afghanistan forever! Until the job gets done. I have no particularly informed opinion about this, which is kind of sad, but I was amused by the response of a Times columnist, complaining that Bolton had no right to make such a proclamation given his dodging of the draft back in the Vietnam days. Oh, I mean his National Guard service. And he was even unapologetic about it, because, as he was once quoted, the war was already lost. I am sure that no soldier in the Afghanistan thinks that right now. Get back to work! John Bolton says the war is not lost!

The critique is of course true, and it got me to thinking: Is a chickenhawk the only variety of bird currently in the GOP? We have John McCain but he is half dead. Warner retired. After him, the only one with the credibility to tell young men and women to stay the course is Lindsey Graham. At one time the GOP was the party that loved to put American military heroes up for office. So sad. My hunch is that the individualism of the party, masquerading as “liberty” but really emerging out of the free market ideology that no one owes anyone else shit, makes the GOP particularly cowardly these days. This would explain the rise of chickenhawkery since the 1980s.

It also led me to thinking: Are chickenhawks more chicken than other times of hawks, not only concerning their own hide, but also everyone else’s? Here I am referring to the outcry over relocating Guantanamo detainees to US soil. Everyone was SO SCARED! I have a hard time imagining the Grand Old Party of Eisenhower, as opposed to the Scaredy-Cat Party (SCP) we have today, freaking out about a couple of little terrorists behind fifteen feet of concrete on U.S. soil. Grow a pair. No one was asking us to be prison guards. In fact the people in that Illinois town wanted those jobs, which says something about how bad the economy is. You want to stay in Afghanistan? Fine. But if you are going to be the party of a strong defense, then act a little tougher, weenies. If people want to shepherd around suspected Al Qaeda operatives around a maximum security prison in shackles for a living, isn’t that their right to choose? Isn’t that the liberty you all want us to have?

Most Entertaining IR Scholar? None of the Above?