Stuff Political Scientists Like #2 — The Strategic Logic of…. well, Everything 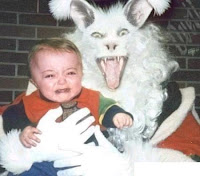 Before I begin, I should thank those who have offered encouragement to continue the series and note, to those few who have not, that this is satire. Like all satire, it is an exaggeration of things that nevertheless have a kernel of truth. I myself am guilty of some of these things, like collecting original data. It is not an indictment of the field of political science, only a send-up of its pretensions. OK, here we go.

Political scientists like discovering the strategic logic behind all political phenomena, reducing everything to the self-interested calculations of individuals. They particularly like finding the strategic logic behind those things that seem to defy rational explanation, such as mass killing or war. Or the European Union. That is because political scientists like taking the mystery out of anything that might possibly be fascinating, inspiring, enigmatic or thought-provoking. You should never leave a political scientist alone with your little kids. He or she will tell them the truth about the Easter Bunny and Santa Claus just to watch the crushed look on their little faces.

The idea that the way people decide to blow themselves up for a political cause is the same way we decide to shop at Costco is somehow comforting to political scientists. They have discovered a law of human behavior and they can sleep better at night knowing that in the right circumstances we all might become genocidal maniacs. No one is better than anyone else. Political scientists are true egalitarians.

Political scientists generally think people act strategically to maximize their material resources, which is a fancy way of saying that everyone wants your stuff. And your wife is looking good these days too. Has she been working out?

The great thing about strategic logic is that no one can really prove that a political scientist is wrong. The only people who are not self-interested and instrumental are masochists and lunatics. And sexual arousal surely counts positively in a utility function, so we are really just left with crazy people. Charlie Sheen is admittedly a tough case for strategic logic. But warlocks with tiger blood are not part of the population of interest. If you ask a political scientists what the strategic logic of a particular situation is, give him some time. This is not easy. Let him see how it plays out. He will tell you after it is over what the rational thing to do was.

Libya and the Threshold for War