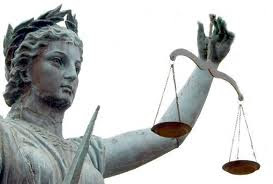 I learned quite a few new things about military law and the rules of war at the Cornell Bombing Workshop I attended last weekend (political scientists who study war law often do when sitting down with actual military practitioners and international law professionals). A short round-up of additional insights will follow, but this one merits a slightly longer post: the International Law Association has released an expanded report on the definition of armed conflict that, if it is picked up on in war law jurisprudence, may change how we think about the legality of things like targeted killings or asymmetric battlespace.

To provide context, a question my Rules of War students often ask me is, given the importance of the concept of “armed conflict” in triggering the applicability of the various Geneva Conventions, what is states’ general understanding of when an armed conflict exists? The basic answer, drawn from the ICRC commentary on the provision, is that if military force is involved, it’s an armed conflict. The Tadic decision at the ICTY further clarifies the conditions constituting “non-international” armed conflict, namely that armed violence must be “protracted” and non-state armed groups must be “organized.” But beyond that there’s not a written consensus on what the term means – certainly not one codified in treaty law – which is usually how I leave it with my students, because it helps them see how gray the law can be, and also why the applicability of various parts of humanitarian law in the “war” on terror has been so contestable.

However, a recent report issued by the International Law Association’s Committee on the Use of Force has affirmed the Tadic understanding of “armed conflict” by emphasizing “organized armed groups engaged in fighting of some intensity” but also drew on a century of historical practice and jurisprudence to make some claims about what constitutes differing degrees of “intensity,” “organization” or “protraction.”

Most interesting however is the claim on p. 32 that:

This argument, coupled with the report’s criteria of “intensity,” would provide some interesting insights into the applicability of an armed conflict legal frame (rather than a law enforcement frame) to those individuals not presently “engaged in hostilities” nor positioned “in a zone of intense fighting” but deemed by US officials (in the ICRC’s parlance) to occupy “continuous combat function.”

An example given at the workshop, for instance, is whether the Taliban (if it could) would have the right to target a civilian CIA drone pilot in Langley on her way home to dinner with her family from the compound in which she had recently launched remote missiles against targets in Pakistan. Precedent established by the US would probably suggest yes (assuming collateral damage were minimized and requirements of necessity were met), at least insofar as an equivalent civilian participant in armed hostilities in Pakistan would constitute a legitimate target even when not directly participating due to the ‘continuous combat function’. (I am not myself arguing this formulation is correct; I am drawing out the normative implications of the argument made by the USG on targeted killings.) However the ILA understanding would say no: conditions of armed conflict are not occurring in Langley VA simply because the geographic location is being used to make targeting decisions, therefore the law of armed conflict wouldn’t apply.

I’m not sure what I make of this implication (or if I even understand it correctly – Stephanie will no doubt let me know if I don’t) but I thought it interesting enough to share and have readers discuss.

Can Elmo Save Pakistan?