U.S. Senator Tom Coburn has released a new report criticizing the National Science Foundation, in no small part because he is offended that the NSF funds political science. 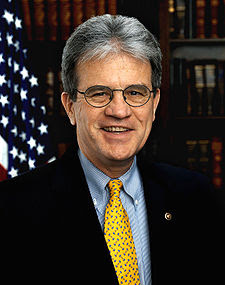 This new, lengthy-for-Congress report is a slick and well-produced piece of agit-prop. In it, Coburn claims to have found billions (!) in mismanagement at the NSF, including plenty of made-for-journalists “scandals” like jello wrestling at the McMurdo Research Station in Antarctica and shrimp on treadmills. Drawn from inspector general reports and Coburn’s staff’s review of NSF grant awards, Coburn criticizes the agency for failing to create Internet-level breakthroughs and not creating the kind of transformative research Americans expect from the federal government. I will not rebut these in detail, but I will simply note (a) that any large organization will feature supervisors behaving inappropriately with subordinates, travel funds, or pornography (like, you know, the U.S. Congress, from time to time) and (b) that the fact that the inspector general has discovered many of these problems means that the system is working, not that it is broken.

Most important to readers of the Duck, he returns to the anti-political science themes he sounded in 2009 (e.g., Drezner, ThinkProgress, and Crooked Timber). Even those readers of the Duck who are sceptical of quantitative and experimental researchers’ claims to epistemologial (or at least disciplinary) hegemony should join in resisting Coburn. But we shouldn’t scoff. Coburn represents a real threat.

Coburn’s report argues that the NSF shouldn’t be in business of pursuing social research at all. Coburn’s definition of science is strictly utilitarian but strangely deferential to science. Although he believes many NSF grants are “whimsical” and “silly,” he also argues that “Ultimately, the decision as to what constitutes ‘transformative’ or ‘potentially transformative’ [research] should be left to the scientific community rather than Congress.” But he rules out all social sciences–“business administration, economics, geography, political science, sociology, international relations, and communication”–on the grounds that none of these disciplines “deserve a cut of the same pie as astronomy, biology, chemistry, earth science, physics, and oceanography.” His criterion is that instead “NSF’s mission should be redirected toward truly transformative sciences with practical uses outside of academic circles and clear benefits to mankind and the world.”

This is hard stuff for a political scientist or an IR scholar to take. On the one hand, it is true that we have neither solved war nor devised the perfect campaign message. On the other hand, Coburn’s choices of what constitutes bad political science spending are so strange as to belie his complete lack of understanding of the social sciences as a whole. For instance, he attacks the American National Election Studies survey, which NSF has funded since 1958. The report does not even offer a critique of the project, except to say, limply, that “Some might question whether federal taxpayer dollars–intended to fund major scientific breakthroughs–are necessary to continue the project” given that the University of Michigan and Stanford have large endowments.

Not all readers of the Duck may be familiar with the importance of the ANES. There is much to dislike about the dataset–it is clumsy, it is old-fashioned, it is imperfect in its handling of voter coding, and so on–but it is undeniably one of the three or four most important datasets in political science. (Yes, including non-American political science.) I can think of few more transformative or practical claims than those that American political science has made about the behavior of the American voter, starting with the publication of The American Voter. Much of the modern science of understanding voting behavior and partisan attachment comes from the NES and similar NSF-funded surveys. Suffice it to say that we know about political behavior in the United States comes from studies that relied on the NES or were informed by its findings. (Hans Noel summarizes many of those findings here.)

Coburn also picks on a brilliant study by the brilliant Kevin Arceneaux (full disclosure: I’ve met Kevin and think that he’s brilliant, and not just because he was nice to me) asking whether O’Reilly, Maddow, and Matthews are polarizing figures. (You can read ungated versions of Arceneaux’s work here.) This is part of a long-term project evaluating whether a diversified media has led to more polarization among the electorate, as self-selection into what we read and watch becomes more important–a question with practical and, yes, transformative implications for how we think about media effects. And the importance of asking “Did terrorism warnings hurt John McCain’s 2008 presidential candidacy?”, “Why are people for or against American military conflicts?”, and “Do your genes impact your political views?” should be equally obvious, even if we may quibble about the methodologies employed in the various studies.

Other social-scientific studies that Coburn criticizes are similarly important. One asked whether boys are more likely to play with trucks, and girls with dolls, than vice-versa. Coburn’s response is typically dismissive:

Here, scientists may have benefitted [sic] from talking to any new parent, since the research just confirmed what most new parents easily learn through casual observation. In fact, one new dad observed that his young son would get “so excited upon seeing any truck. A recent trip to a dealership to pick up some parts resulted in his insisting we visit the trucks and touch them. When I set him in the cab, he was probably one of the happiest kids alive.”

That bit of scientific research comes from a blog post about a child’s trip to a car dealership. (Check it out: It’s footnote #170, just two citations after #168, which cites the notorious Satoshi Kanazawa.)

Duck readers will of course recognize the importance of the study for testing hypotheses about gendered socialization, and that the glib equation of a serious study with the informal “jus’ folks” common-sense of Coburn’s rejoinder is seriously misleading. The point of such research, after all, is to discover why it is that we “just know” that boys like trucks and girls like dolls.

So, Coburn is wrong–or at least vastly, indeed astronomically, more wrong than he is right. But he is no less dangerous for that. PTJ has argued, here and in his book, that “science” is a cudgel that some political scientists use against others to discriminate against methodological pluralists or epistemological heterodoxy. Here, however, I think such intramural disputes are beside the point. What is at stake is, frankly, whether academic political science is viewed as worthy of survival at all.

Coburn’s view of science, I think, is much closer to that of the median voter’s than any academic. Science is done by men in white coats who cure cancer or split atoms. That is the picture Coburn seems to be proceeding from, and I wager it is one that all of us have had to confront at the Thanksgiving table with relatives who don’t quite understand what it is we do. Coburn certainly believes his frame resonates with the public (and given the target audience of this piece, namely reporters and news producers, a pretty well-educated slice of the public at that). He begins his report by stating that, “As a practicing physician and a two-time cancer survivor, I have a very personal appreciation for the benefits of scientific research.”

He does admit that not all scientists cure cancer, as he continues: “Investing in innovation and discovery can transform and improve our lives, advance our understanding of the world, and create meaningful new jobs.”

Well, at least it’s nice to have a staunch conservative stand up for dirigiste research.

In a time of austerity, I have to agree with Coburn’s calculation. This is exactly the sort of frame that I would adopt if I were trying to end social science research. And part of the reason why the frame works is exactly that we are not very good, as a discipline, in presenting our findings. Outlets like the Duck and The Monkey Cage have done a good job, but they are insufficient.

We have to recognize that unlike the stereotypical men in white lab coats, the public’s presumption is against us. The assumption is that our research is wasted unless proven useful. Worse, the people who claim our research is wasteful, such as politicians who may not like what political scientists have to say about politicians’ agency or about voter responsiveness, have every incentive not to admit our usefulness.

Without that argument, the Coburn view will win by default. And that is why the Coburn report matters, a lot. It’s time for political scientists, economists, and social scientists of all stripes to fight not just this Coburn initiative but the broader misunderstanding of social scientific research.