We were Winning the War on Terror! 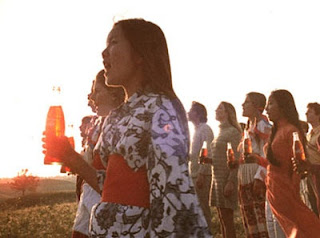 So he wasn’t armed, and maybe it wasn’t legal, and we should have found him a long time ago. But we are missing the point. Our soft power was winning the war on terror. We just had to give it some time.

The Financial Times reports: “Shopkeepers remember the [Osama] household demonstrating a preference for Coke, Pepsi and imported juices.” No one can resist the allure of American culture, not even Mr. Death to America. See! He really didn’t mean it. Who was going to make his beloved Coke if we are all dead? What was he going to drink, Orangina? That stuff is terrible. And my guess is Pakistani tap water is less than potable at times.

Of course, Osama also appeared undecided. Maybe Coke and Pepsi were involved in a brutal marketing campaign to be named the Official Soft Drink of the Global Jihad. And he could have gone with the imported juices. Sounds fancy. Maybe Osama was a foodie. Of course Minute Maid counts as an imported juice in Pakistan.

Seriously, though. Didn’t Osama see the commercial? About singing in perfect harmony? Sugar makes everyone love each other. Except five year old boys. It just spazzes them out.