Crisis and Change in International Organizations 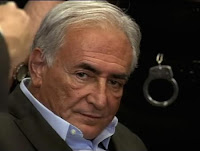 The ongoing saga over the leadership crisis at the IMF poses a bigger existential question about crisis and change in international organizations: do crises in fact provoke change?

This was the question at the forefront of my mind as I was driving from Texas to DC last week to start teaching a summer graduate seminar for the LBJ School of Public Affairs on, of all things, Crisis and Change in International Organizations. I was struck by the irony that the last time there was a major leadership crisis in the Bretton Woods institutions, it was at the World Bank. In May 2007, then President Paul Wolfowitz was ousted as the result of getting caught up in a nepotism scandal in which he arranged for a very generous secondment(and later return package) from the Bank to the State Department for his (by then former) girlfriend, Bank staff member Shaha Riza. The indiscretion of Wolf II (in Bank parlance) seems to pale in comparison to the actions of DSK. But it was extremely controversial back then because of the blatant hypocrisy of Wolfowitz’s actions simultaneous with his very aggressive campaign against corruption in the Bank and its lending activities. (So how would Wolfowitz have scored on Megan MacKenzie’s Sexual Scandal Scale?)

The Wolfowitz scandal gave me then the perfect opening to my book on the organized hypocrisy of the World Bank, just as now the DSK scandal at the IMF gives me plenty of fodder for discussions with my students about governance, leadership and representation in IOs. This also gets to a point raised last week by Martin Edward in his response to my previous (first ever!) blog last week on the IMF. Simply put: if the Europeans manage to get their candidate (Christine Lagarde) into the Managing Director role at the Fund even in the context of mounting pressure to finally break with the 1945 era gentleman’s agreement between the US and Europe over control of the Bank and IMF helms, can we foresee any chance that the next President of the World Bank might not be an American?

Robert Zoellick’s five-year term is up in mid-2012 (which, by the way, is a term that can be renewed). There has been plenty of discussion about the need to finally put a non-American into this post. In fact, a few years back President Obama reportedly went on the record supporting the idea of a non-American citizen assuming the World Bank’s presidency, in order to “symbolize the commitment to fighting world poverty.” Likewise, the Obama administration’s national security strategy writ large has been to engage emerging powers within international institutions by giving them greater voice and influence in their governing structures (for a great discussion of this, see Stewart Patrick’s essay in Foreign Affairs in Nov/Dec 2010). Yet, I foresee little possibility of the Americans ceding control over the Bank if the Europeans don’t return the favor at the IMF. Tit-for-tat anyone?

As Martin also insightfully noted, breaking with this tradition requires not just a concession by the powers-that-be, but also collection action by the wanna-be powers. And that’s just what we haven’t seen yet: a concerted effort by emerging powers to agree upon a single candidate that has a chance against a chosen candidate of the Western states that dominate these institutions. Ultimately, resolving that coordination problem – ie, getting China, India, Brazil, Mexico and South Africa to agree on a common candidate – may be a more difficult challenge than getting the US and Europe to foresake their self-interests for the principle of democratic global governance.

Goldstein: The World Has Never Been More Peaceful