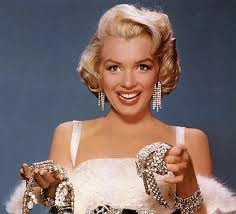 Now don’t get me wrong, I’m not into being a political Debbie Downer at social events. God knows I have the ammunition. Yet, in my experience women and men are more comfortable with discussions of wartime sexual violence, amputations, and children born as a result of rape than they are about clear gems.
So what gives?

This has been a question plaguing since I finished several months of field work in Sierra Leone in my late 20s- the same time that everyone around me was getting engaged and getting married. This also coincided with the peak (and, it turns out, the rapid decline) in attention to conflict/blood diamonds by human rights organizations and the media.

No one wants to be that self-righteous white girl who has just returned from the global south with lessons to impart on anyone who will listen- so I tried to reserve my rants about diamonds for my husband (bless him), my single friends (‘who wants diamonds anyway!’), or people who were already convinced that diamonds are a source of international exploitation.

To me, three main arguments against diamonds were clear and irrefutable.

So there is no shortage of arguments against diamonds. In fact, new ones seem to emerge all the time (have a look at a fantastic blog about this topic at Al Jazeera). For example, there have been recent discussions of the abuse of diamond miners in Zimbabwe. Why is Zimbabwe allowed to sell diamonds legally through the Kimberly process with thief Mugabe as a leader? Good question.

Despite all the arguments against diamonds, discussing any of them is still a social taboo of sorts. What is even more interesting has been watching- one by one- friends who were also passionate about this issue, people whom I know have worked in countries with the diamond resource curse, and friends who used to cheer ‘who needs diamonds?’ go to the dark side. That is, beam with joy and give me the ‘please don’t make me feel guilty about this’ look when they get a diamond engagement ring.

And I don’t say anything. But with recent developments in Zimbabwe, and a virtual closed door on discussions about diamonds and exploitation internationally I can’t help but send out my frustrations here and ask the questions again, that I have been asking myself for over a decade: How is it possible that gems linked to slave labor, wars, amputation, environmental destruction, and cartels continue to be the symbol of everlasting love? and Why does the personal desire for a symbol of wedding fairy tales trump any logical arguments about the reality behind diamonds? I’d love to hear your ideas and I’m going to try to tackle this question in a second blog….coming soon.

Tears of Appreciation (and McDonald’s) in North Korea