The globe is suffering from a sudden decline in the volume of oxygen, sending world leaders scurrying to sustain life on earth. Although scientists recognize that there could be any number of reasons, such as increases in pollution and CO2, they believe that the drop is too steep to be explained by these gradual processes. Instead they are focusing their suspicions on the recent publication of Theories of International Politics and Zombies by Daniel Drezner, which is sucking all of the oxygen out of the earth.

Since its publication, bookstores have not been able to keep enough copies on their shelves and it is all that international relations experts can think, write or blog about. How would humankind in fact handle a zombie invasion? Has Drezner portrayed alternative approaches with the proper nuance we would expect from a facetious undergraduate textbook? Would other forms of goblins and ghouls provide better teachable models for the dynamics of international affairs? 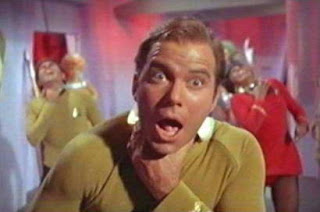 For his part, Drezner has been ubiquitous, appearing on countless news outlets on any number of subjects, as well as continually maintaining his own personal blog on foreign policy. This has left all of his fans literally breathless and there is no oxygen left for non-zombie related discussion.

International climate expert Vert Monde personally blames Drezner for the global crisis. “If this guy would just stop tweeting, blogging, writing about Zombies, texting — whatever the hell it is that he does — for just a minute, we might have a chance to save the planet,” he said.

Others place the blame more on self-serious readers. President Obama spoke at a new briefing on American efforts to solve the crisis. “You know this was just for fun right? This book was not meant to be the modern version of the Prince, to be dissected and parsed for every tiny nuance. Jesus, get a grip.”

Drezner could not be reached for comment. His wife told this reporter that he was shopping for a Lexus. Neighbors saw him leave his house with his oxygen tank.