Post-revolution Walk of Shame in Libya: women asked to ‘go home’ in the afterglow of the revolution 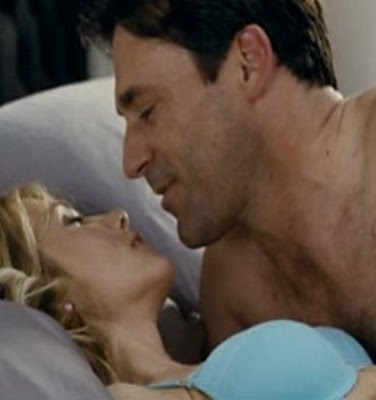 The exciting and tumultuous eve of the revolution in Libya has achieved many of its objectives: the power balance has swung in the rebel’s favor, many national governments around the world now recognize the Transitional National Council (TNC) as the legitimate leadership, and most (though not all) of the country is under their control.

In many ways, this week can be described as ‘the morning after’ the revolution in Libya. Rebels drunk on gun battles are now waking up with adrenaline hang-overs to the realities of post-revolution Libya. There’s mortar rounds everywhere, hundreds of displaced Libyans are crashing indefinitely in Tripoli, and- perhaps worst of all- Cameron and Zarkosy showed up way too early, keen to help get the revolutionary council on its feet/ensure their financial interests.

In keeping with classic ‘morning after’ politics, men are waking up with only hazy memories of which women were at the party and what they did to contribute to the revolution. The TNC are trying to get their house in order for Cameron and Zarkosy as well as for the international media and for some reason these women just keep hanging around asking about what kind of future there is for them together, wanting some kind of commitment. The TNC’s responses so far reminds me of the scene in the movie Bridesmaids when Jon Hamm’s character turns to Kristen Wiig after a one night stand and says “I really want you to leave, but I don’t want to sound like a dick.”

Women supported the revolution in Libya in countless ways- from hiding and feeding rebel fighters to taking up arms themselves– yet now that the post-revolution glow has worn off, the TNC seems to be asking women to take their walk of shame. The party is over, and this morning, the Transitional National Council has just one woman. Will the rest of the women who sacrificed for the movement- taking up new roles, and fighting for political change- be asked to get out of the political bedroom? Can the TNC really expect to rebuild Libya and move forward without acknowledging the significance of women’s role in the movement?

Unfortunately, women’s walk of shame post-conflict or post-revolution is all too familiar. Women have struggled to maintain a significant voice in the new Egypt; similarly, women who fought as soldiers within rebel forces in countries like Sierra Leone and Angola often found themselves left out of post-conflict political agenda setting. For these women, as is likely for many Libyan women, the last thing desirable post-conflict/revolution is a ‘return to normal.’ For women, this means giving up any power gained and fitting themselves back into traditional patriarchal gender hierarchies. The TNC and the international community must stop the pattern of revolutionary one-night stands and work not only to acknowledge women’s role in the political movement, but also to secure political space for women as Libya faces a new day.