A View to Kill: Should states engage in assassination? 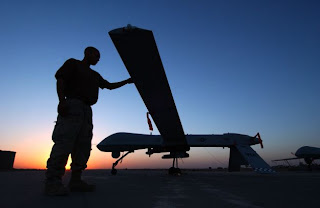 I have a lengthy piece on targeted killing/assassination up at the Canadian International Council’s Open Canada blog. It touches on some of the issues I’ve raised in previous posts here and here.

The short version is that targeted killing/assassination advocates tend to rest their arguments on three assumptions: first, that it is morally legitimate on the basis of reciprocity, that it is easier than launching full-scale invasions or sending in troops to difficult/hostile terrain, and finally that it is effective.

I question these assumptions – first, tit-for-tat/”Golden Rule” justification and logic has been rejected by Western military forces for many decades. Second, while drones may be a more viable option in areas such as the mountainous regions of Afghanistan/Pakistan, you can’t generalize a rule out of this one particular example. Finally, that there is no reliable evidence that targeted killing/assassination actually works (or, to be fair, that it doesn’t work.) And even if we wanted to evaluate whether or not targeted killing is effective, what criteria should be used? The actual elimination of terrorists? The subsequent numbers of operations.? Or should we look at second and third order effects: impact on morale, recruitment, etc. And how could these factors be measured? Further, given the wide variety of actors, circumstances and context, and the many different historical cases, it is virtually impossible to extrapolate from one case to another.

If 2011 is any indication, drone strikes, targeted killing and “assassination” will be here to stay for some time. As such, it is worth asking certain question of our political and military leaders to encourage democratic accountability. What are the criteria to render someone a target? To what degree are these decisions subject to judicial review? And under what framework of law are these operations considered to fall under?

How to Blow a Perfectly Good Scam