We Now “Know”: Diary of a Search Committee Member 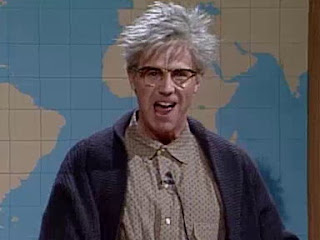 I have been sitting on the search committee for a couple of positions in my department, the School of International Relations at USC, and I thought I would share some observations that come from that vantage point. Anyone who happens to have been an applicant should not take this an indicating anything about their own individual case. Rather these are general trends I am noticing. I don’t know if they surprise anyone, but I will offer them nonetheless.

I haven’t done this at the junior level for quite a while, and what was obvious is that epistemology now largely dominates ontology. Granted this was a methods search but I still think it resonate with a broader trend out there. What I mean by that is scholars do face something of a tradeoff between saying something really interesting and knowing with less certainty that they are right and saying something really uninteresting and knowing with more certainty that they are right. The younger generation of scholars leans more towards the latter than the older generation does. If we can’t establish causality with some degree of certainty then is it really worth talking about? This frustrates the older generation. It is not universally true of course. And it varies also by place of Ph.D., training, etc. I think it explains though the current fascination with natural experiments among other things, since to be able to randomly assign groups is so useful for eliminating confounding variables.

When we were deciding on our postdoc last year, we found a really creative person with a great record and very unconventional research agenda, and the only knock on him came from someone more towards the epistemology side — I don’t know if he can show he is right, went the critique. Having spent hours sifting through dozens of dissertations on selectorates, I screamed — “Who gives a shit? At least I care if he is or isn’t!” I probably reacted far too forcefully to what was a very benignly stated criticism, but that was because of my frustration.

We could blame the methodological fetishists out there, but that would absolve us from responsibility. We, by which I really mean people older than me, spent 10 years engaging the relative gains debate without once ever performing any kind of systematic test. We just made enormous assertions that THE WORLD IS MOSTLY CONFLICTUAL! NO, IT ISN’T. IT IS MOSTLY COOPERATIVE. No wonder the younger generation just gave up. It was all so pointless.

But something has definitely been lost. The relative gains debate, although vapid, was enormously important THEORETICALLY. Grieco’s article exposed a potentially huge logical flaw in Keohane’s argument. It was the first academic exchange that stimulated me. It probably got me into the business, as Grieco was an undergraduate mentor. Is it empirically true? Well, we didn’t bother figuring that one out because we didn’t have proper research design and, well really, never bothered doing any real research. I wish the pendulum would have swung a little less violently because now having original data and a good research design are the the things that get you the best jobs. The absolute gold standard is to figure out a way to measure what we previously have not been able to measure. These are important contributions but will it make you the next Robert Keohane? Or Alex Wendt? Will we be talking about you in 20 years? I doubt it. The pendulum will swing back.

Now, I am done. You kids get off my lawn!

The Euro Of Magical Thinking