Happy Year of the Dragon 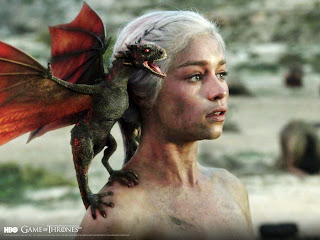 I apologize to Duck readers for being such a slacker this past semester.

Some things on the home/work front have had me tied down a bit, and the truth is I won’t be fully back in the saddle until after this manuscript is done.

But. In the words of George R. R. Martin, fire cannot kill a dragon, and my Chinese New Years’ Resolution is to start posting again (at least semi-regularly) despite all.

So what have I missed the chance to gripe about during my quasi-hiatus?

Great snakes, we are apparently one minute closer to our doom! Besides the collapse of Obama’s nuclear non-proliferation agenda, I see Iraq is erupting predictably. Guantanamo Bay lingers ten years later, though with our brave new National Defense Authorization Act it may turn out to be a bit of a redundancy. Oh, and it looks like we may be gearing up for a fresh war.

Meanwhile, I see some of our Marines have tried to piss away whatever moral standing we still have abroad. (So says the media narrative, anyway. And then there’s the sheep-beating video. I have a few thoughts on the whole “war stress” angle: but my main question is why fools like these keep posting videos online. Could it be a form of protest?)

Well so much for the stories I wish I’d had the time to blog about when they were in the news cycle. I may return to some of these in future weeks, though most of my posting this term will relate to doctoral pedagogy (teaching new seminar), battlefield robots and civilian protection (must finish book must finish book) and of course my share of nerd blogging. If readers have specific requests, do leave them in the comments.