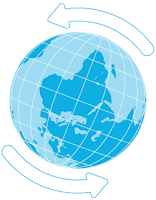 Has the worm finally turned? Reuters today featured a story on the emerging market economies’ push-back against the status quo of Western-dominated global economic governance. The piece features an explicit demand (and overt exercise of financial leverage) for a power shift in the predominant international financial institutions, specifically in the context of the IMF’s recent request for an additional $600 billion in resources from its member states to help bail out Europe.

Former Saudi intelligence chief Prince Turki al-Faisal is quoted in the story as saying:”What we can be certain of is that large developing nations will not agree to provide additional funds without a greater say in the IMF, and this applies to all global economic governance organizations.”

Interesting, the story also highlights the fact that emerging market economies, while demanding more voice and influence in the IFIs, are also turning away from existing international institutions in favor of regional alternatives, such as the Arab Monetary Fund and Islamic Development Bank in the Middle East and the Chiang Mai initiative in East Asia. This fact is neither new or shocking, but the tone of such a public speech is remarkable.

Ironically (or pathetically, depending how you look at it), there was also a recent news story that revealed that Obama is considering the nomination of Larry Summers as the next World Bank president when Robert Zoellick’s term expires in May 2012 (note: thanks to Martin Edwards for alerting me to this one). This would, oh so predictably: (1) sustain the stubborn Western tradition of keeping an American at helm of the World Bank (and by corollary, a European at the head of the Fund); (2) uphold the image of the Bretton Woods institutions as being first and foremost accountable to the Wall Street-Treasury complex, and (3) continue to alienate the very countries upon whose financial generosity these institutions will increasingly depend in the coming years.

Martin Edwards and I are conspiring on an op-ed on that little tidbit of information and its implications for the legitimacy and relevance of the World Bank, so stay tuned.

The ICC and Kenya: In the Thick of Deterrence