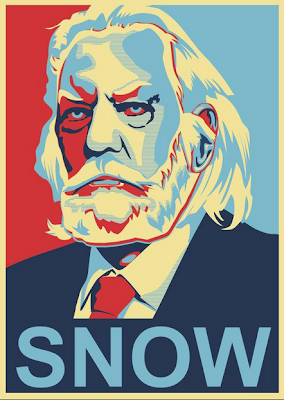 This President’s Day week, tickets went on sale for The Hunger Games movie. While you re-read the books and prepare yourself to be generally underwhelmed by the film (seriously? casting kindly-wise-old-Father-of-Elizabeth-Bennett as a bloodthirsty dictator?), let me encourage you to purchase The Hunger Games Companion. 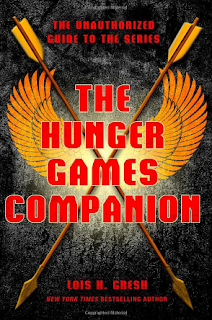 The Companion is jam-packed with history, science, survival facts, literary analysis, mythology and trivia about real-life sites around which the key phenomena in the novels manifest sociologically, in real life both past and present. Each chapter is like a mini-syllabus for a separate first-year honors seminar in some grisly topic. Each is a window onto a dark underside of human history and politics.

One chapter you won’t see in The Companion would be titled “International Relations.” That of course is because there are no international relations in Panem, since apparently there are no other humans anywhere in sight. My son is starting in on the books hungrily now, and he noticed this right away: “Why aren’t they worried about invasions by other Capitols?” It’s an interesting question, but there you have it: the story is one of domestic affairs only, with no two-level games.

I wonder what readers of this blog think this means in terms of the sociological value of the story, and I also wonder how the story would have been different if at all had President Snow needed to contend with international diplomacy while keeping his subjects under the heel.

In Social Science, You’re always Under-read, so How do You Choose ? (1)