In Social Science, You’re always Under-read, so How do You Choose ? (1) 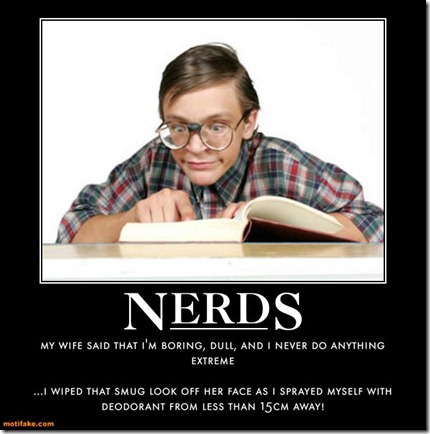 If there is one constant to modern social science, it is that you are always under-read. There is always some critical book you missed, some article you never had time for, some classic of which you only read the first and last chapters in grad school. And this is just the modern work immediately relevant to your field. After college you all but gave up on reading the ‘great books’ in the Chicago sense – Plato, Augustine, Mill, Nietzsche, etc. That’s the stuff that really got you interested in social analysis – you’ve still got a marked up copy of Aristotle’s Politics somewhere – but if you cite these guys today, it’s usually just a lifted quote from someone else’s modern social science book that you are reading. Your own black-edged Penguin Classics are collecting dust. If it wouldn’t be so uncomfortable, it would be fascinating to hear what ‘obligatory’ IR classics Duck readers haven’t actually read and why not.

One good measure of this overload in IR is the Social Science Citation Index list – there are now 59 SSCI journals just in IR, 112 in Political Science, and 750 total. They are publishing roughly 4 issues a year, 6 articles per issue. This is just a crushing load: 59 x 4 x 6 = my head explodes like that dude from Scanners. In the end, the best you can do is follow the top ten or so, plus maybe one or two in your unique area. Then come all the books. Just in the last 6 months, you know you need to read Fukuyam’a new book on order and Pinker’s on violence (so long!), and who even wants to touch yet another laughably misnamed IR ‘handbook’ so heavy you could use it as a doorstop in a tornado?

And blogging just makes this worse. Now, on top of all those article and books you haven’t read and which will embarrass you at the next APSA, everybody’s got a blog. But blogging feels so much nicer than articles – the style is gentler and more readable, there is some humor (a cardinal sin in the SSCI), blog-posts are mercifully short, and you don’t need to read them with a pen in your hand. So you’d rather read blogs than read the latest ISQ – hence you get lost on the internet all day and fall yet further behind.

On top of this course, you want have a life – your spouse couldn’t care less about the difference between counterforce and countervalue, and, truth be told, you care a lot more about the degenerative ad hoc emendations of Star Wars on disc than of some IR paradigm (realism as structural, offensive, defensive, critical postpositivist, whatever, I don’t know anymore).

So one thing I’ve wondered about since grad school is how other people in IR manage the massive data/research flow. What are you strategies for sorting through this huge flood of writing that is worth your time, a flood that is only increasing with the proliferation of IR blogs? I feel just overwhelmed, so here are my 3 lesson-learned to date:

I get lots of RSS feeds but, like everything else, they’ve proliferated so much, that I blow through most of them now. Hence the inevitable culling toward just a few that I find regularly reliable/important:

Walt at FP: I guess everybody read this, right? Its very high-profile; he’s the chair of the best political science department in the world; he’s a great scholar; and the blog is really good. Eve if you disagree with him (I thought he was very wrong on Libya), I almost always find Walt worth the time.

Duck of Minerva: I guess since I write for this site, this is expected, but I think the stuff on the Duck is actually quality IR; sometimes it feels like grad school all over again. Laura Sjoberg, e.g., used to write long, theory-heavy posts so good that I got headaches. And I don’t think there are too many other strictly IR theory blogs. There are lots of blogs on international affairs generally understood – everybody wants to be Fareed Zakaria. But how many blogs written solely for IR theory, and written with its assumptions in mind, are there?

Walter Russell Mead: I think Mead is the best conservative intellectual writing about foreign affairs on a blog. He’s not a neocon, ideologue, red-state evangelical, American exceptionalist, militarist, or suffering from any of the usual military-industrial complex-worshipping, rightist pathologies that undermine the writing of people like Kaplan or the Kagans, much less Kristol, Krauthammer, etc. Mead also usefully insists on analytically stressing religion and culture, which IR should do more of. Finally, he’s also got a nice grounding in history – American, British, and classical – that gives his work real depth.

More in a few days.