In Social Science, You’re always Under-read, so How do you Choose ? (2) 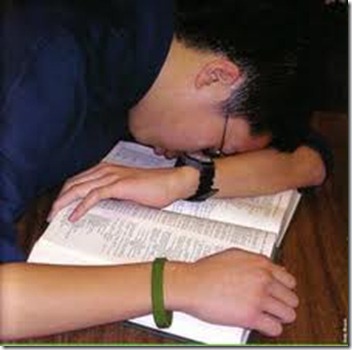 Here is part one, where I noted Walt, the Duck, and Walter Russell Mead as the IR blogs I read almost always despite the avalanche of international affairs blogs now. Here are a few more:
Martin Wolf: Here’s a grad school education in IPE, op-ed by op-ed, better day-to-day than either Krugman or the Economist. Not being an economist, but facing regular student questions for years about the Great Recession and the euro-zone crisis, I have found Wolf indispensible in explaining what happened in the last 5 years – and without that ‘bankers as masters of the universe’ schtick coming from CNBC, Bloomberg, and the WSJ. Wolf is a delight to read. Like Andrew Sullivan, he is measured, changes his mind when information dramatically changes, references theory but not as ideology or fundamentalism, and has a good touch for what can realistically be accomplished in actual democratic politics.

Glenn Greenwald: Walt turned me onto Greenwald’s work, which I think is just super. The surfeit of links helps guide the reader to lots of supporting material, which should be a model of rigor for all bloggers. The writing is sharp and insightful, and he has a feel for real case law that academics focused on theory will never have. So when you feel like drones and warrantless wiretapping are probably illegal, but you don’t know anything about relevant statute, Greenwald shows the way. But most importantly, Greenwald, more than any other serious high-profile figure, has courageously, thanklessly insisted on publicizing all the legal violations, non-combatant deaths, and other violations that have flowed from the GWoT. His humanity over the river of blood unleashed by the GWoT embarrasses the coarse, ‘we-don’t-do-body-counts’ American concern for only US combat casualties. I can think of no author more prominent who ceaselessly reminds of all the brown Muslims we have killed and carnage we have wreaked in the Arab world, and rightly chastises us for not giving a damn. No other writer has changed my mind about our ‘ghost wars’ as much as he had, and no one else I can think of takes the journalist’s code of adversarial oversight as seriously. You could dump the whole op-ed team of the Washington Post for Greenwald, and that would be an improvement.

What other blogs am I missing? And if you say Thomas Friedman, you are never allowed to visit this site again.

2. Basic News
For basic news, I get the daily newsletters from FP and CFR. Does anyone else use these? I find them very helpful, and vastly more time efficient that watching CNN or TV news. I get BBC here which is pretty good, and SK news is ok, but in general I get less and less from TV.

3. Journals
When I got my first post-grad school job, I finally had the money to seriously subscribe to journals on my own, and I thought it looked pretty cool to list all those associations on my vita. So I went overboard, getting some mix of IO, IS, EJIR, SS, RIS, FP, FA, APSR, ISQ, IRAP, WP, RIPE. But this costs a mountain of money (especially when you live outside the US), and within a year, I learned there was just no way to read anything even close to that amount of material. So they piled up unread on my office shelves (hopefully they look imposing to visitors). Now I get the ToC e-updates instead and wait for someone to tell me that I need to read this or that article. I almost never simply open a paper copy of a serious IR journal and browse it as if it were a copy of the Economist. Does anyone read the journals that way, or do you hunt out specific pieces?

Now, if there is an article I really want, first I google it or jstor it. If that doesn’t work, I email the author directly. Does anyone else do this? I was too scared to do something like that in grad school, but once I started doing it a few years ago, I found that people almost always send me their stuff, and then some. Almost everyone keeps copies of their pubs in PDF, and it’s surely flattering to get solicited. It’s also a nice way to meet someone you who’s interested in a roughly similar area. (Also, for Asia folks, two good journals – the Korean Journal of Defense Analysis and Global Asia [sort of an FA for Asia] – offer their stuff gratis.) So here’s another question is, do you pay for journals (other than those you get from a membership like ISA)? And if so, which ones? IS, WP and IO probably, right?

Finally, all this is why Brian Rathbun’s call to ‘read more, write less’ is one of my favorite posts on the Duck. I cite it a lot, and I would add a Roosevelt corollary – read slowly, at a desk, with a pen in your hand. IR theory is tough; it can get d— complicated and dry. There’s no way you can read something mind-breakingly difficult like Perception and Misperception or Hierarchy in International Relations quickly, and follow the argument (well, I can’t). If we read more and wrote less, what we did write would be so much better, and we could slow this ‘avalanche of undone reading’ problem.

A Farewell to Norms