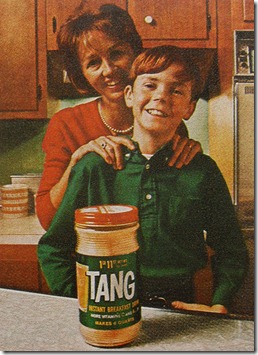 This is my Asian pivot.

Here is part one, where I argued that there is no constituency in the US to support an Asian pivot besides the some businesspeople.

2. Connected to the first point is that Americans don’t know much about Asia. Of course, it’s true Americans don’t know a lot about the world generally. We are a superpower, so we don’t have to know about others; others have to know about us. That’s why ‘they’ learn English, and we think Urdu is a country in the Sahara. We are geographically far away, so touring Europe or Asia is very expensive. We don’t (need to) speak foreign languages. But beyond that general ‘ugly American’ stuff, I think Americans are particularly ignorant about Asia. Asia is the most culturally different social space in the world from the US I can think of, with the possible exception of central Africa. Latin America, Europe, Oceania, and Russia are all in, or close enough to, Western Civilization that what we learned in high school civics classes can apply. They look like us (kind of); they eat like us, their languages are fairly similar (Indo-European roots); they dress like us; they worship like us. The tribal cultural gap (how others eat, dress, talk, worship, look, write, etc.) is not that wide .

Even the Middle East is more like the US than China. Islam is an abrahamic monotheistic faith, Israel is pretty western, and decades of western intervention in the Middle East has made it a little easier. And since 9/11, most westerners have learned a lot more about Islam and the Arabs.

Now think about what you know about Asia before Western imperialists arrive in the 19th C. Who was the emperor of China when the Opium War occurred? Do you know even when the Opium War occurred? Do Obama, Romney or Clinton, although I bet they know when the (earlier) French Revolution happened? Do you know anything about India before Clive stole everything he could get his hands on? Did you know that Qianlong was fairly the Napoleon of east Asia? But you know who Napoleon was, right? And if you think that ‘modern’ Asia is what really matters, did you know that most Asian societies have a deeply historical sense of themselves going way back before white people showed up? If you think Tang is an orange drink before you think it’s a Chinese dynasty, then your Asian pivot is over before it started.

But you say, nobody but tiresome, preening academics like you, Kelly, learn historical names and dates any more, but you love Chinese take-out. Ok, so what do you know of Asian culture, in even the broadest terms? Have you seen an Asian movie besides Crouching Tiger? Do you know the difference between sushi and sashemi? Can you name one Asian author? Do you know who Ganesha is? Can you read any non-latinate Asian script? Did you know that the CIA rates Korean, Chinese, and Japanese at its hardest acquisition level (4)? How many Americans do you know who speak those languages? Do you in which millennium Angkor Wat was built? Can you even use chopsticks? Do you honestly think evangelical voters in the GOP primary even care about any of this? Even worse, do you think your average neo-con, ‘America has a duty to police the world’ think-tanker could answer these questions without Wikipedia?

Now if you, a reader of this specialty blog, couldn’t answer these questions without struggling, what does that say about the American electorate’s cultural-intellectual ability sustain this pivot? When we got involved in Western Europe in the 50s, the US public, mostly descended from European immigrants, had a pretty good idea of what Europe was, so a ‘North Atlantic community’ was a coherent concept. When we became the hegemon of the Middle East in the 1990s, the deeply religious attachment of many Americans provided a strong foundation for that commitment (however much it may have lead us astray). Now, what exactly is our cultural, intellectual, linguistic, religious, etc. connection to Asia that will sell this to a public wary of more wars and interterventions? So if you wonder why tiny Iran is so much more important to Americans than huge China or India, well here you go – the cultural distance distance between Asia and the US is massive. (Or, if this is boring you, just go watch Gran Turino and Borat again).

And I will admit to struggling with this too. I have been here too many years to speak Korean as badly as I do. I don’t know my Korean dynasts as I should. Asia is hard. Absolutely. But that is my whole point. For Americans, for whom travelling means the Eiffel Tower and a foreign language means ‘Spanglish,’ Asia is like another planet. The cultural differences – language, food, writing, religion, music – are wider than any other I can think of, with the possible exception of Bantu Africa. I highly doubt Americans will empathize with Asians the way we do with Europeans, Israelis, Australians, and to a lesser extent, Latin Americans.

More in a few days.

If At First You Do Not Succeed