Is the “Women and Children First” Norm a Myth? 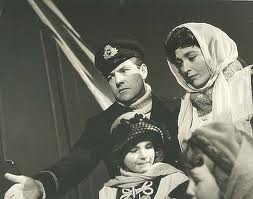 In commemoration of the Titanic disaster, researchers at Uppsala University have released a report analyzing the evolution and impact of the “women and children first” rule guiding evacuations from sinking ships. They examined 18 historical cases of peace-time maritime disasters involving passenger ships and concluded:

Women have a distinct survival disadvantage compared to men. Captains and crew survive at a significantly higher rate than passengers. We also find that the captain has the power to enforce normative behavior, that the gender gap in survival rates has declined, that women have a larger disadvantage in British shipwrecks, and that there seems to be no association between duration of a disaster and the impact of social norms.

The Global Post reports, thus, that “the women and children rule is a myth.” If valid, this finding would be interesting on a number of levels, not least because perceptions that this norm exists are so strong many people were surprised to learn it it not actually inscribed in maritime law after the sinking of the Costa Concordia in January. It would also correspond with data from air disasters, which shows that being male drastically increases one’s likelihood of survival.

However, there are problems with this interpretation. One is that the sample is non-random and suffers from missing data. This is beyond the authors’ control of course, but eighteen cases is too few to conduct a meaningful regression analysis… particularly with a non-random sample and particularly if you are attempting to generalize to a wider set of cases. A research method designed for medium-N cases (like fuzzy-set QCA) is probably more appropriate.

The descriptive statistics themselves are certainly interesting. But I’m also concerned about the coding: it seems that particularly in investigating the role of captains in enforcing a “WCF” rule (as opposed to the rule having an internalized influence over male crew-members and passengers), the authors would have needed to distinguish between wrecks where the order was given and enforced (eg the Titanic), versus where it was given but not enforced (the SS Arctic) as opposed to the many wrecks where it was apparently not given at all. Yet it appears that a ship gets the “WCF” code in either case, which is why the Arctic is considered one of the five exemplary wrecks even though not a single woman or child survived… meanwhile presumably if there were any cases of internalized normative conduct in evacuations not mandated by the captain (that is, where the norm had become internalized so that the crew followed it automatically without an order), it would not be reflected in the coding.

So while the evidence of the gender gap in survival rates is clear and striking, I think it’s hard to actually determine whether and how norm-based behavior affected this, other than to say that in the presence of a norm we would have expected to see more women and children to survive. In sum, the “myth” documented here is not that such a norm “exists” but rather that it has the effect we have been taught to think it does. Another good reason not to make generalized arguments on the basis of single case studies: they may turn out to be outliers.