Does the ICC Need to Reconcile with Africa? Bensouda Comes Out Swinging

(Originally posted at Justice in Conflict)

Fatou Bensouda, incoming Chief Prosecutor for the International Criminal Court, has put threatening war criminals and defiant states on notice. In several recent public statements she has directly addressed two of the Court’s most significant challenges: the accusation that the Court’s credibility suffers from a “pro-Western, anti-African” bias and the related issue of ensuring state cooperation and support, particularly in executing arrest warrants.

The argument that the ICC has (so far) unjustly targeted only African states and individuals is mostly based on misperception and has become a rhetorical tool of political elites to undermine the Court. Yes, all of the situations presently under the Court’s jurisdiction are from Africa. But as Bensouda and many others have pointed out, the Africa bias criticism is baseless for the following reasons.

African states wanted the ICC. Much of the strongest support for a permanent international criminal court in the Rome Treaty negotiations came from the Africa group. That support continued after Rome and African States Parties have a high level of ratification of the treaty (although, notably, a weak level of corresponding implementation legislation).

African states need the ICC. The empirical reality is that many situations of atrocities, and those that meet the (vague) “sufficient gravity” criteria for the Court to intervene, are in Africa. Moreover, many African states have a weak rule of law that fails to deter and respond to such atrocities, and so these situations justify the ICC’s intervention as a “court of last resort.” As Bensouda defended,

“The office of the prosecutor will go where the victims need us…The world increasingly understands the role of the court and Africa understood it from the start. As Africans we know that impunity is not an academic, abstract notion.”

African states invited and welcomed the ICC. Three states self-referred their situations to the Court (Uganda, DRC, and the Central Africa Republic) and three states initially welcomed and have since exhibited a satisfactory pattern of cooperation with the Court (Cote d’Ivoire, Kenya, and Libya). Only Sudan remains resolutely defiant and given its head of state is among the accused this should prove, not disprove, the ICC’s credibility. Bensouda expressed frustration that cooperation from African states and civil society is

“not the story relayed in the media…(and) anti-ICC elements have been working very hard to discredit the Court and to lobby for non-support and they are doing this, unfortunately, with complete disregard for legal arguments.”

J’accuse! African war criminals don’t want the ICC. Accusing the ICC of a “pro-Western, anti-African” bias is a rhetorical tool of the accused themselves. Accusing an international tribunal of pro-Western bias or victor’s justice is also not unique to the ICC – Goering, Milosevic, Taylor, etc. all rejected the tribunals they faced with this grandstanding challenge. The accused cannot defend their crimes, so they choose to undermine their accusers instead and invoke hyperbolic claims of racism and neo-colonialism. 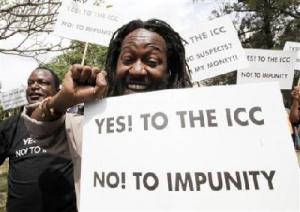 African victims and civil society want the ICC. Despite the protestations of some political elites, there is substantial support for the Court’s investigations and arrest warrants among victim communities and civil society, whose support is essential for the ICC’s legitimacy and its ability to obtain witness testimony and evidence. The ICC also engages in outreach and assistance to war-affected communities and brings some hope of justice to those further marginalized by their victimization – something that domestic political and judicial institutions have less capacity and will to do.

The primary cause for concern is not the alleged bias against African states, but that misperceptions of bias have translated into obstacles to state cooperation on arrests and manipulation of the Court as a tool in electoral contests and war-making. The continued cooperation of elites in Kenya, Cote d’Ivoire and Libya will likely depend more on the circumstances of domestic politics and elections than on principled support for the ICC. And in the DRC, there is a renewed sense of urgency for Bosco Ntaganda’s arrest after he and his supporters defected from the ranks of the DRC military and have continued on the war-path in defiance of the ICC. The “Terminator’s” arrest is only likely to happen with the support of the DRC and (possibly) Rwandan governments and militaries. But Bensouda expressed concern about Ntaganda’s tactics and the need for state cooperation on his arrest:

“This level of blackmail – which I call it – in which perpetrators are saying that if you do not drop warrants against me, I’ll continue to kill people – I think this is what the international community, especially those who are directly responsible for the arrest of Bosco, should take into account.” 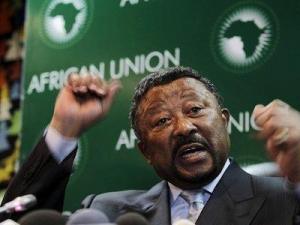 On cooperation with arrest warrants, the African Union is fingered for encouraging non-cooperation with the ICC, notably because of its 2010 call for non-cooperation on the Bashir arrest warrant and supporting Kenya’s request to the UNSC and OTP for a deferral of the indictments of its nationals. But as Bensouda argues, there are signs of improvement in cooperation with the AU and indeed the AU supported Bensouda’s nomination, believing the “African bias” of the ICC was more directly linked to outgoing Chief Prosecutor Luis Moreno-Ocampo and not the mandate of the Court itself.

It is wishful thinking, however, to assume that Bensouda will engender a cozier relationship with the AU simply because she is African. It is likely that the the ICC will become a more victim-centered court under Bensouda’s public leadership and prosecutorial strategy, which may lead to more interventions and engagement in Africa and not less.

Hanging Out on the Theory-Practice-Policy Divide

Duck on a TRIP