Duck on a TRIP

The new TRIP survey is out. While the overall findings don’t hold many surprises, there are some nuggets of interest. We’ll have more to say later, but for now I want to call out a particular finding.

Every survey asks the question “aside from you, please list four scholars who have produced the most interesting scholarship in the past five years.” In some respects, this question functions as a proxy for “most influential,” as the list:

Given those two points, I’m particularly impressed by the presence of a single scholar from my cohort among the top twenty. 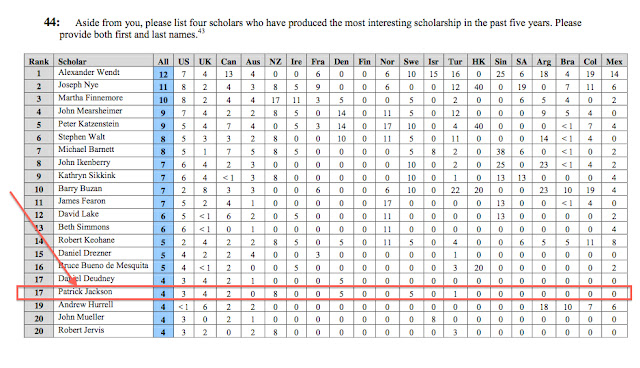 Does the ICC Need to Reconcile with Africa? Bensouda Comes Out Swinging

The Mischiefs of Faction