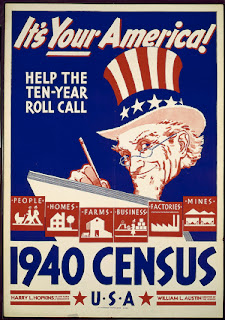 Some critics of academic social science, and political science in particular, have recently asserted that it’s difficult to see the benefit of what we do. To be fair, our output is less immediately tangible than the Hubble Space Telescope, treatments for HIV/AIDS, or the decoding of the human genome, to take only three visible and valuable recipients of federal funding for science in my lifetime.

To date, however, the defenders of political science have been a little less full-throated in their case for our discipline than one might have expected. It is all well and good that this recipient of some specific federal grant has advanced our understanding of the world, but that hardly proves (even at the rhetorical level) the notion that academic political science in general is good for America. Such a strategy is little different than our critics’ move of cherry-picking titles and descriptions of projects they find trivial to prove the negative.

Perhaps a comparison is in order.

Today’s Financial Times online Alphaville section contains a discussion of Chinese economics statistics–and particularly how unreliable and subject to political influence they are. I bring this up because the coalition for crippling the federal government’s ability to collect and disseminate accurate information about the nation’s population, society, and economy is quite similar to that which supports overriding the professional, scientific judgment of the NSF and de-funding political science.

Traditionally, free societies have believed in the freedom of information. That freedom is meaningless unless information is accurate, and quality information demands and deserves government spending. And one important check on the quality of information is the existence of adequately resourced and well trained social scientists who do not work for the government.

Why? Because social science matters. Social science literally defines the terms of the debates we have about the sources of economic growth, about whether elections are fair, about whether the United States is a hegemon or a declining power, about whether the West is a more open society than the Rest, about gender equity and income mobility and school quality and divorce rates and whether prettier candidates win more votes.

Social science is far from perfect. (See Skip Lupia’s 2000 PS article on this and related points.) We can’t cure dysfunctional societies. Our predictions are less exact than physicists’ and our prescriptions are usually less immediately practicable than clinical research. But as a whole society is much better off for having richer and more robust debates about the causes and effects of social phenomena than we would be without such debates. Indeed, the alternative to good social science is not no social science but bad social science.

What is galling about the attack on the NSF is the assertion–the certainty–that none of this is important. Or at least not important enough to justify tax dollars being spent on it.

But all of these quibbles are secondary to the larger point. We don’t care about the NSF’s funding of political science for any one given project, or even all projects considered individually. We have to consider them as a whole, and defend them as a whole. In the end, we should be arguing on behalf of the consumers of knowledge as much as the producers.

The Unbearable Liberalness of The Practice Turn