Politics on the Water’s Edge: U.S. Elites and Multilateralism 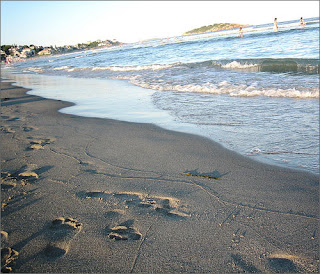 Are there major differences between Democratic and Republican elites on multilateral cooperation? This question animates a new study that I carried out with my frequent collaborator Jon Monten and my colleague William Inboden.  In mid 2011 and early 2012, we were able to conduct a unique survey of about 20 Democrats and 20 Republicans, nearly all of whom had served in fairly senior positions in the U.S. government, mostly the Executive Branch.

On the Foreign Affairs website, we report on the results of that survey. There are a few surprises, both in terms of areas of shared attitudes but also significant areas of disagreement. Contrary to the emergent conventional wisdom, we conclude that the basis of bipartisan support for multilateral approaches remains quite strong across a number of key areas, namely for international trade, the Bretton Woods organizations, and traditional security alliances like NATO as well as long-time bilateral partners like the UK, Japan, and South Korea.

The piece on the Foreign Affairs website and the more detailed findings here and here tell the more complete story. Will also blogged on Shadow Government about our piece here. I thought I’d use this post to say a bit more about why we wanted to do this survey in the first place.

In 2008, Jon and I published a paper in Perspectives on Politics looking at whether the tradition of liberal internationalism (or what we called establishment internationalism) had irrevocably declined. If you recall, this was a pretty hot topic (see Kupchan and Trubowitz, for example). Using a variety of measures — Congressional votes, party platforms, State of the Union addresses, and elite biographies, we concluded that the evidence was mixed. While key foreign policy votes in Congress had become  polarized, the language of party platforms and State of the Union addresses suggested that international engagement remained an important rhetorical trope for both parties.

We sought to go beyond this analysis in a recent piece in Political Science Quarterly. What we wanted to understand is whether or not the foreign policies pursued by the George W. Bush Administration (particularly in its first term rejection of the Kyoto Protocol, the International Criminal Court, and other treaties) were consistent or at odds with public opinion. We initially called that paper With Us or Against Us?, but that title died on the editorial vine. In any event, we used the Chicago Council on Global Affairs (CCGA) surveys to compare public and elite opinion from the 1980s through 2004 when the elite surveys were discontinued.

We were left though with a nagging concern. Other than a question about the United Nations, there was no consistent query about support for multilateral organizations or processes in the CCGA surveys. It might be that we were missing the core debate about differences between the parties. In an essay exchange in H-Diplo in 2011 (that includes fellow Duck Brian Rathbun), we raised a question that seemed to capture a concern about Republicans in the wake of the George W. Bush administration, particularly its first term. We asked: “What happened to support for multilateralism among elites within the Republican Party?” Implicit in this idea is that Republicans in the Kissinger, Scowcroft, and Bush senior tradition were pragmatic supporters of international organizations, and perhaps this was being supplanted by a more unilateral hostile approach to multilateral processes among Republicans.

In order to answer that question, we needed to know if the conventionalism wisdom about Republicans and their hostile attitudes towards multilateralism was true. We also thought that having a set of responses from Democrats for comparison sake would help anchor our findings. Hence the new survey.

Now, it is true that most of the respondents served in the Executive Branch so even if the findings validate the notion that there is room for bipartisan consensus around foreign policy, this may only go so far to the kinds of elites who are likely to or who have served in the White House, the National Security Council, the Department of Defense, and the State Department. We do not pick up on wider currents in Congress or partisan media. It is also possible that bipartisan cooperation could rally around ideas that are perhaps problematic for U.S. foreign policy. For example, both parties in the Senate largely rallied around the resolution that authorized force in the lead up to the 2003 Iraq War.

Even though we find that the cohort of serving Republicans in the Executive Branch remains overwhelmingly supportive of a number of core elements of multilateralism, we still have questions about the trends and tides of Republican thought on foreign policy, as the ideological objection by some Republicans to international treaties, even anodyne ones like the Law of the Sea treaty, continues to have a major influence on U.S. foreign policy given the rules for U.S. treaty accession. That will likely be our next project.

Say Ron Paul Won…Which US Allies would get Retrenched? (2)

Communities and otherness: a typology