Say Ron Paul Won…Which US Allies would get Retrenched? (2) 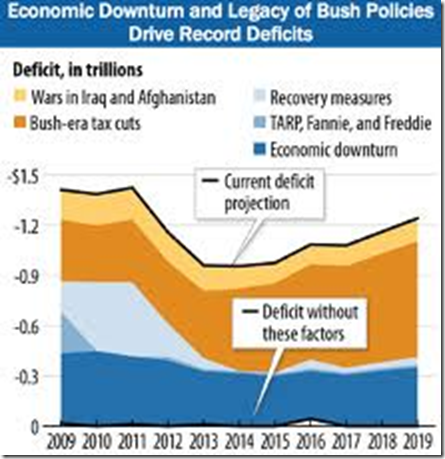 Here is part one where argued that America’s 8 most important allies are, in order: Canada, Mexico, Saudi Arabia, Taiwan, India, Indonesia, Israel, and South Korea.

I argued for 3 quick-and-dirty reasons for that ranking, but I got some criticism on these in the first post, so here is some elaboration :

1. National Security: Some places, like SA and Mexico, may not appeal much to Americans, but they are so obviously important, that abandonment would be hugely risky. So yes, SA is a nasty, reactionary ‘frenemy,’ not really an ally at all, but we’re stuck with it. A Saudi collapse would set off both huge economic and Islamic religious turmoil; all the more reason to slowly exit the Middle East and pursue green energy. But until then, I think we have to be honest and say that we can’t really leave the Gulf. But the bar of this criterion should be awfully high. With some frenemies, like Afghanistan and Pakistan, we don’t really need to pretend to be allies actually. We can just get out if have to.

2. Need: In some places, the US can get a lot more bang for its commitment buck, because without us, our ally would likely collapse/lose/fail. Taiwan is the most obvious example. Conversely, other places, like Germany, pretend to need us, because they don’t want to shell out the cash (and we’re so bewitched of our God-given, history-ending, last-best-hope-for-mankind, bound-to-lead neocon unipolar awesome-ness that we let ourselves get taken for a ride).Between Taiwan and Germany, I would place Israel and SK.

3. Values/Symbolism: I don’t like this criterion much, because it reminds me a lot of McNamara, ‘credibility,’ Vietnam, the Munich analogy and all that. But still, there are a few places where the American commitment has taken on an almost ‘metaphysical,’ good-guys-vs-bad-guys dimension. The whole world is watching, and a departure would be seen as a huge retreat from critical values that would bolster dictators everywhere, especially in China and Russia. SK is the most obvious example. NK is so bizarre, frightening, and horrific that while the US commitment isn’t really that necessary anymore, it’s taken on a symbolism wholly out of proportion to events on the peninsula. Taiwan also comes to mind, as does cold war West Germany. Avoiding another such perpetual commitment was one of the important reasons to get out of Iraq. If we’d stayed, we might have have gotten chain-ganged into never leaving our symbol of GWoT ‘success.’ We really don’t need more of that sort thing

So back to the list. Now come the ones that can more easily be retrenched, because either they are wealthy enough to defend themselves, or their value to the US has fallen:

8. Japan: Here is a case where the call for retrenchment becomes more and more obvious. USFJ is almost twice the size of USFK, but its role is more about local Asian reassurance than any obvious need. If SK is outgrowing the US ‘parent,’ then Japan’s almost willful reluctance to grow up is like purposeful free-riding infantilization. The need for the US alliance is not clear. Japan has more than the necessary resources to defend itself, but spends less than 1% of GDP on defense. The direct impact on US national security is slight, unless you believe, like John Milius, that NK or China will absorb Japan in order to launch a transpacific invasion of the US. Nor is there any big values argument. Japan is democratic now; if anything, our presence there leads to a lot of local anger. The real reason for USFJ is to keep Korea and China calm by keeping Japan ‘down,’ but honestly, the longer I live out here, the more I think the America’s presence freezes East Asia’s history and territory issues in place, rather than helps resolve them. The US presence encourage domestic maximalism on all sides (because it diminishes the costs of recalcitrance), just as it does in the Greek-Turkey dispute. (This is most obvious in the Liancourt Rocks dispute.) If we weren’t around, there might be more pressure to reach final status agreements on these issues.

9. The EU: Like Japan, I don’t think there is really much left to capture here, and there’s little obvious need or symbolism 20 years after the Cold War. Do Germany and Italy need 50k American soldiers? For what? If US forces are going to be in Europe, wouldn’t they be more valuable in Eastern or South Eastern Europe, where they would be closer to Russia and the Middle East? Do we really need to keep rehearsing the tired notion that US reassurance is necessary for aging, welfarist Germany, France, and Britain to get along? Surely that’s not true anymore; as with Korea-Japan-China in point 8 above, let’s not have the US pulled into permanent ‘parenting’ role among states who don’t want to iron out their differences, probably for domestic electoral reasons. A US presence can be infantilizing as well as protective. In brief, the (western) EU states pose no obvious threat to the US, nor are threatened in such a way that requires US extended deterrence. They’re neither vulnerable, nor too poor/instable to provide for their own defense. And they are consolidated democracies like us.

10. Egypt: I’ve never understood why the US gave Egypt so much cash. Indeed, the dual pay-off scheme to Israel and Egypt felt an awful lot like a collusive racket to shake the US tree for cash. What exactly is America’s big security need/benefit in Egypt? I understand Israel’s security interest of course, but that’s not ours (although it seems like the Tea Party insists on treating Israel as a US state). Nor does Egypt need US protection – from whom? Nor did 30 years of aid get Mubarak to liberalize. In fact, Obama almost got outflanked a year ago by the Tahrir Square demonstrators into backing more Arab autocracy. Honestly, if we retrenched from Egypt in the coming years under the new government and let them find their way on their own, I can’t imagine that would be a disaster for the US. (Yes, a Muslim Brothers dictatorship could be pretty scary, but that doesn’t seem too likely, and how is that a huge problem for the United States?)

11. The rest: As usual, there is no particularly good case for US extended deterrence in Africa, Oceania, or Central Asia. Latin America and Western Europe could go too if really pressed. All that is really necessary are commitments to North America (duh), India, some on the East Asian Pacific littoral, and a little in the Middle East. It should also be pretty clear by now that Iraq, Afghanistan, and Pakistan are not such strategic interest where the benefits outweigh the staggering costs of the GWoT.

Note that the foregoing listing is a worst-case scenario for serious US decline (or best case if you’re a Ron Paul voter). Nor does it mean that the US should walk away from these places entirely, give up on R2P, cut foreign aid, or otherwise be ‘isolationist.’ Indeed calling retrenchment ‘isolationist’ is a favorite neocon red herring. I concur, for example, that America’s attitude toward foreign aid, channeled most recently by Rick Perry in the GOP debates, is scrooge-like and callous. Or regarding Egypt, it is clearly an important country in the Middle East, and we should provide all sorts of ‘soft power’ assistance – democracy advice, training, development aid, IFI access, etc. We should actively encourage the evolution of Egyptian pluralism and democracy, and speak loudly against the MBs if they veer toward sharia.

But all this sort of engagement is qualitatively different from the extremely expensive and semi-imperial manner of US hegemony today as routed through the defense establishment. We need to restore the State Department’s role as the leader and shaper of US foreign policy, not only because it will be less prone to the use of force, but also because of the costs savings. The US national security state (defense, intel, DHS, veterans, parts of DoE) eats up around $1 trillion a year at the same time we are borrowing even more than that for Medicare, Medicaid, and Social Security. America’s publicly-held debt is around $11T, 75% of GDP. At some point, this divergence will need to close, and prioritizing commitments and allies will happen at some point, if only clandestinely in the budget process. Better to think about it now than to overextend ourselves into a real crunch like Britain after WWII.

Final Caveat: This ranking assumes real US decline and coerced choice – forecasting that retrenchment will in fact be foisted on the US, as per Walt, Layne, Ron Paul, Joseph Parent, Paul MacDonald, and so many other. It is however possible that Chines growth will stall, thereby relieving Asian power shift pressures on American hegemony that suggest this image of retrenchment. If China stops growing so fast, American dominance, no matter how widely stretched, will be easier to maintain. My own sense is that China will actually reach a plateau in the next decade (try this and this). It’s true that the power shift to Asia accelerated in the last decade because of the Iraq War and wild Bush deficit spending (per the graph above). But I strongly suspect China’s ecological, demographic, geopolitical, and corruption problems will hit it hard soon and buy time for the US. As Ned Lebow argued about the end of the Cold War, the USSR declined faster than the US, so the US won by default. I suspect the same outcome here – China has a lot of trouble under the hood which we aren’t seeing through the ‘when China rules the world’ hysteria – meaning retrenchment from NATO or Japan are still unlikely to my mind.

Politics on the Water’s Edge: U.S. Elites and Multilateralism