Targeting the Source: Why Supporters of Abuse Should Be Held to Account 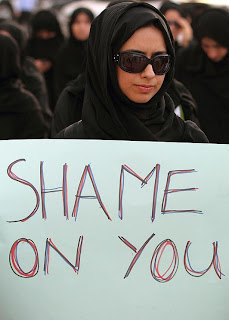 As Bashar al-Assad’s violent crackdown on civilian protesters unfolds, the international community agonizes over how to punish the Syrian government. But while the debate rages over whether to respond to Assad through sanctions, military intervention or a punitive tribunal, few are questioning how to treat his third-party supporters. No case of mass atrocity occurs in a vacuum: states or groups committing crimes receive support from outside sources. Yet the international mechanisms for punishing crimes against humanity often focus solely on the perpetrators, not their accomplices. This needs to change.

In the Syrian case for example, what many know but few discuss is that in 2011, Russia sold nearly $1 billion in arms to Assad’s government. After months of standing their ground Russian officials have finally agreed to temper weapons sales, yet this incident raises broader questions about the role that states should have in preventing crimes against humanity. Russia’s decision to limit its material support of Assad may be telling of the effects that pressure from the United States and others can have, which is not insignificant. The fact remains, however, that as they are currently interpreted the existing legal mechanisms are insufficient to ensure that accomplices to human rights abuses are likely to be held accountable. And Russia’s role in Syria is only a recent example of a long-standing problem.
Consider the Bosnian War. Though the International Court of Justice (ICJ) found Serbia guilty of not doing more to prevent the egregious acts committed by Bosnian Serbs, the Court ruled that Serbia was not culpable for the genocide committed by Bosnian Serbs because it did not unilaterally dictate the actions of this population. In a similar ruling about a decade earlier, the U.S. was found guilty by the ICJ of violating international laws prohibiting the unsanctioned use force in another country when it directly began to mine the harbors of Nicaragua. However, despite significant financial and political backing of the contras, the U.S. was cleared of any wrong-doing in terms of human rights violations carried out by the contras. The ICJ ruled U.S. financial and logistical support for the contras did not indicate mean that it exercised “effective control” over their activities. These cases illustrate both the historic lack of accountability demanded of accomplices to crimes against humanity and ways in which ICJ rulings have worked to institutionalize the idea that states are only responsible for the crimes they commit directly.
Studies indicate that outside support, even in the absence of effective control, exacerbates crimes against humanity. For example, political scientist Shannon Lindsey Blanton shows that there is a link between weapons transfers and the level of a state’s human rights violations. Correlations observed by Han S. Park between citizens’ physical quality of life and how government money is allocated support Blanton’s claim. A deeper problem is simply that impunity for facilitating crimes against humanity is clearly inconsistent with international norms opposing violence against citizens. The purpose of human rights law is to guarantee personal health and safety and prevent the abuse of populations everywhere. It is universally accepted that ruling parties are not allowed to wage violence against their own populations. Humanitarian interventions targeting direct perpetrators of crimes against humanity in Somalia, East Timor, Rwanda, Libya, Kosovo, and others are all indicative of this. However, if the global community is serious about protecting human rights, it is not enough to target those directly committing the crimes. Those providing resources must be decried as well.
How can this be achieved? In the short term, nongovernmental organizations should work to expose the connections between crimes against humanity and the flows of resources that make them possible. Bringing more attention to the states that facilitate crimes against humanity, and illustrating how their behavior undermines the responsibility that the international community has to protect victims of abuse. Human rights laws address the treatment of “all people,” and as past ICJ rulings indicate, states may be held accountable for failing to prevent human rights abuses.
While negotiations toward an arms trade treaty would be a step toward filling this legal vacuum, the principle that it is wrong to materially abet abusers does not require a change in the law itself, but rather in the way existing law is perceived to apply to states. NGOs should work to pressure governments to condemn states that facilitate human rights abuses and states concerned with atrocities should broaden their focus to include those who are indirectly involved. NGOs have proven to have considerable clout in effectively pushing normative reform, and should lobby UN member states to expand definitions of culpability when it comes to human rights violations. If failure to prevent is a crime then aiding and abetting must certainly be considered one as well.
Human rights – minded states should also expand the use of trade as a carrot to encourage proper behavior by third-parties, just as they do with abusers themselves. University of California’s Emilie Hafner-Burton has explored the effectiveness of preferential trade agreements on enforcing compliance with international law and illustrates that it significantly impacts the extent to which states take international law seriously. Offering incentives to “well behaved” states not to abet abusers may encourage acceptable human rights performance. An advantage of trade carrots as opposed to trade sticks (e.g. sanctions) and formal multilateral censures is that they are likely to be as effective but have far fewer negative or controversial economic and political side effects.
The events unfolding in Syria underscore an important inconsistency in how the world should react to human rights abuses. If the international community is serious about its commitment to eliminating large-scale abuses of human rights, all states must be held to higher standards. The support systems fostering human rights abuse to need to be dismantled. As Hans Peter Schmitz and Kathryn Sikkink point out, human rights exist “only because people believe and act as if they exist.” If we fail to act in defense of human rights by not hold those facilitating abuse accountable, eventually there may not be rights left to protect.

Mall Culture in a Global City