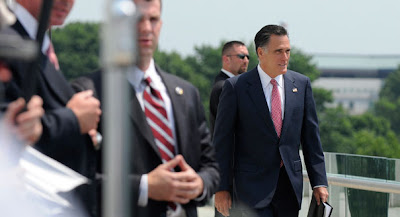 In these summer months while we wait for the Olympics to start and for Romney to pick his VP candidate, the foreign policy cognoscenti has started in on Mitt Romney’s campaign with conflicting advice about whether or not his announced foreign policy trip this later this summer is worthwhile and whether or not the Republican nominee should spend much time talking about the issue.

While as a citizen and foreign policy wonk, I want our prospective commander in chief to fill in the details of what he might do, as an observer of politics, I’m not sure it makes nearly as much sense for a number of reasons. So, should Mitt say more on foreign policy or stay focused on the economy?

Dan Drezner makes the argument that Romney has done himself some serious damage by allowing hawkish but lite press releases to create a bad impression thus far. He suggests that more talk of foreign policy would be good for the country from a democratic governance perspective but also good for the candidate:

In op-ed after op-ed, Romney has relied on blowhard rhetoric and a near-total absence of detail to make his case. In doing so, Romney is the one who has sowed the doubts about his foreign policy gravitas in the first place. If his campaign manages to produce a successful foreign policy speech/road trip, he can dial down one source of base criticism — and focus again on the economy in the fall.

Dan concedes it may not be especially smart politics for Mitt given that (1) foreign policy is a low priority for the public and that (2) the people may not be buying what he’s selling. However, he still thinks it’s a good idea given the self-inflicted wounds that Romney has incurred by talking tough about Russia being our top geopolitical adversary, among other questionable statements:

Politically, a well-executed foreign policy trip won’t net him a lot of votes, but it would cauterize a festering political wound and allow him to pivot back to the economy.

I suppose it is true that presidential candidates have to meet some sort of basic threshold test on foreign policy. Certainly, Sarah Palin failed that test last time and that may have hurt the McCain ticket on the margins. While anecdotal, I know of some friends who were McCain supporters who just could not vote for that ticket based on their concerns about Palin. That said, I don’t think Romney’s missteps on foreign policy are anywhere near Palin territory for undermining his foreign policy credentials. Language like “festering political wound” strikes me as overwrought.

Commentators have raised a variety of arguments about why Romney should not talk about foreign policy, from the unpopularity of his support for the war in Afghanistan to the limited political rewards of talking about foreign policy before an electorate even less interested than normal in the subject area (see the Cato Institute’s Justin Logan for one perspective along these lines and Daniel Larison for another).

I have two conflicting thoughts about Romney and foreign policy talk that perhaps have not been put forward.

Intermestic Issues
First, the rise of “intermestic” issues, of issues with both a domestic and international content, makes it harder for Romney to avoid talking about them. Here, I’m thinking of both global economic policy and energy, issues with enormous significance for the domestic agenda at home. Remaining silent on the EU crisis and its significance for the United States, beyond dismissive anti-European posturing (while at the same time embracing European austerity policies), may ultimately have some electoral repercussions if Obama can exploit it.

The Challenge of Running to Obama’s Right
However, Romney may have trouble running to the President’s right on foreign policy. There simply is not much room there. The President killed Osama Bin Laden and has extended the drone wars on America’s enemies in ways that look like a continuation of the previous administration. Romney cannot go too far “right” on foreign policy without looking like he’s inviting war with Iran or encouraging a deep freeze in relations with Russia and China. 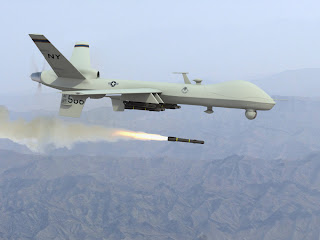 Romney has repudiated the compassionate conservatism of George W. Bush on foreign aid, the one area where the previous administration received almost universal plaudits with its support for global health and efforts to address HIV/AIDS.

Sure, Romney could embrace the Ron Paul anti-interventionist wing of the Republican Party and create clear blue water between himself and the President, but that would require a more herculean flip-flop on defense spending than even Romney is capable of.

So, Mitt is left in the unenviable position of trying to create policy distance with the President for political reasons (he can’t just endorse a “me too” foreign policy, Obama certainly didn’t do that as candidate) without, at the same time, looking unpresidential in a Palinite or Goldwateresque way. Given the President’s ability to play the Bin Laden card, I say to Romney, talk about foreign policy all you want, but lots of luck with that!