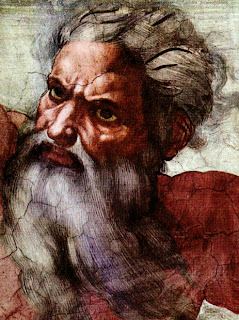 The god of tolerance struck down with fury yesterday, unleashing a mighty hurricane headed for New Orleans that forced the American Political Science Association to cancel the first day of its annual conference. The organization had thumbed its nose at the god, choosing to convene their enormous meeting in a city that is in a state that discriminates against gays and lesbians by refusing them the right to marriage. Now it appears they will suffer the consequences. With its short courses shelved, a year’s worth of knowledge about introducing technology into the classroom and qualitative methodology will be lost.

The discipline’s theorists and post-positivists joined with the ten others in the field of 6,000 who take normative policy issues seriously to draft a statement. “For years, we have voiced our concerns that holding the annual convention in New Orleans, despite its historical affinity for bright costumes and overall fabulousness, is a tacit endorsement of Bobby Jindal’s intolerance for our LBGT brothers and sisters. While we wish to say, ‘we told you so,’ we actually did not of course because we are all atheists. But still, we appreciate the help. Thank you, god. By the way, should that be capitalized? We are really new at this.”

New Orleans residents are puzzled as to why they should be punished by the god for the sins of political scientists, when as a whole they are supportive of gay rights. They also expressed confusion, as the previous hurricane was said to have been retribution for the city’s cultural and sexual libertarianism. They fear they are being caught in the cross-fire between the god of tolerance and Jesus, who is said by some to not like gay people.

The American Political Science Association though remains undeterred. APSA president G. Bingham Powell issued a statement: “Our work will go on. We will rebuild. We reject any interference in our democratic right to hold our conference wherever we please. The god of tolerance cannot be allowed to restrict our precious freedom. This is a question of liberty.”

Escalation is expected. Theologists fear that if all the nation’s political scientists do not immediately leave the United States, whose federal law bans gay marriage, and pursue work in more egalitarian places such as Canada or Sweden, the god of  tolerance will strike next on San Francisco, reducing it to rubble, or at least forcing the political science association to cancel cocktails when it meets there in 2015.