Podcast No. 6 – The Brain-Melt Episode 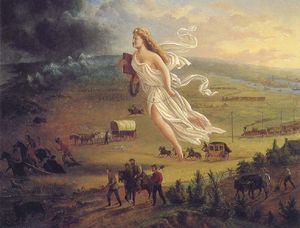 The sixth episode of the Duck of Minerva Podcast just went live. In it, I and PTJ discuss academic administration before turning to the foreign-policy rhetoric of the 2012 campaign. This leads to under-developed ideas about American cultural identity, liberal order, Europe’s troubles, and why supplanting trans-Atlanticism with trans-Pacificism isn’t gonna be easy.

Note: the publication date of the podcasts remains in flux, but I am aiming to have them appear Friday-Sunday each week.

A reminder: I am running the podcast feed on a separate blog. You can subscribe to our podcasts either via that blog’s Feedburner feed or its original atom feed (to do so within iTunes, go to “Advanced” and then choose “Subscribe to Podcast” and paste the feed URL). Individual episodes may be downloaded from the Podcasts tab.

Comments or thoughts on either this podcast or the series so far? Leave them here.