Syria and the magic wand 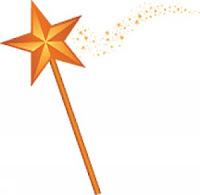 Syria is tragic and complicated and I certainly do not want to contribute to the narrative that says nothing can be done to protect civilians. But, it is not helpful to pretend that external intervention is a magic wand. A little due diligence please.

Doran and Boot are not just talking about arming the FSA, they are talking about using U.S. ground troops, backed by US and coalition air power, to work with Turkish troops and Jordanian troops to move into Syrian territory to support the FSA. I have no idea how they think this could/would be done, but this is not a small-scale intervention.

I see a lot of parallels between Syria and Bosnia and there may be some plausible scenarios for the limited use of international force that might help stop or mitigate the violence against civilians in this case. But all these scenarios entail a significant degree of risk — especially those with the US out in front without UN backing.

Yet, nowhere in the piece by Doran and Boot — or the broader advocacy on Syria from McCain and friends — is there consideration of potential risks or costs that are almost certain to be significant in an intervention of this magnitude. All of this is going to happen with no opposition? No civilians killed by American or international forces? No backlash? No power vacuum or disarray if/when Assad’s regime collapses? No regional, Iranian, or Al Qaeda reaction? The simple application of American military power and Iran and Al Qaeda will cower, the violence will end, the world will celebrate America’s return?

Ten years ago this month, just as the congressional debate on Iraq began to move to center stage on the first anniversary of the September 11 attacks, I wrote a piece that ran in the Hartford Courant titled “Baghdad or Bust.” (A major national newspaper rejected it on the grounds that I was overstating the risks of military action). I argued that the Bush administration was

…so hyper-focused on Saddam as a threat that it has been unwilling and unable to consider the range of uncertainty or the potential costs of going to war. In this sense, the current war planning is reminiscent of the ideologically motivated wishful thinking that dominated American planning in Vietnam: The administration and the war hawk pundits simply believe this war will be quick, decisive and easy.

This optimism is dangerous. It is largely speculative, and it obscures very real risks…

… fighting a war on the other side of the globe is a perilous enterprise that defies absolute predictions. It is dangerous to think otherwise. Planning for war requires strategies for fighting and for managing the potential range of costs.

One might think that in the wake of Iraq and Afghanistan, we are in a different place. But here we are, ten years later and still in the midst of these disasters, and the same voices are again waving the magic wand of military force, discounting the likely costs of war, and going on about how only force begets respect — selling simple platitudes such as “wield it and they will yield,” “war on the cheap,” etc… We see it in Doran and Boot’s article. And, we see it the hawks’ demands on Iran.

It hasn’t and won’t go away.

How to Survive a Plague

Concert of Asia in Crisis