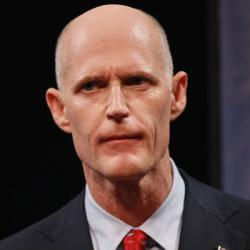 You’re a mean one … but are you a grinch?

Debate over the proposal has broken down along the usual lines. Unsurprisingly, Marginal Revolution co-blogger Alex Tabarrok offers two cheers in favor of the scheme, dissenting only on the implementation (that instead of targeting STEM in particular the subsidies for selected majors should reflect the externalities of those majors … which, Tabarrok suggests, will mean subsidizing STEM). Meanwhile, displaying the sort of reasoning skills that belie the claims that studying the liberal arts makes you a better rhetorician, one undergrad protests that making her pay more will make her pay more:

Joanna Mandel, a theater student at Florida Atlantic University, said it would straddle students with debt they might not be able to repay. “Theater majors or English majors are not guaranteed to make a lot of money,” said the 22-year-old from Pembroke Pines. “Doctors and scientists, they make a lot of money. If anything, they should be paying more.”

Of course, the entire point is precisely that it’s hard for the state to see a return on those investments. In the Baby Boomers’ youth, when state budgets were less encumbered by pension obligations and other long-term debts, this wasn’t so urgent; moreover, of course, the pay distinction between different majors wasn’t all that great. In those circumstances, the argument that college wasn’t a pecuniary transaction carried more weight. Now that the Baby Boomers have declared generational warfare on my cohort, of course, there’s suddenly no more money to fund higher education and so conservatives and green eyeshades-types have gotten very interested in calculating rates of return on public spending.

Obviously, as political scientists, we all recognize immediately that this program is woefully misguided because it will likely cut the number of political science majors in Florida. Less flippantly, I think we all wonder whether the knock-on effects of this policy will be good for the country (or, at least, Florida). Yet I think that the argument against these measures is less obvious than it appears.

In the first place, it appears to be a simple fact that the American public is not particularly interested in funding the vision of higher education that academics cherish. If we as academics also cherish democratic responsiveness, then we should begin to consider proposals that change the university to fit its changed circumstances. Indeed, this is nothing new. Many of the public universities we rely on were once the products of nineteenth-century public policy designed to teach the sons of the state how to till the soil and build machinery more effectively (and the daughters to better manage the home). That was an innovation as alien to the Oxford and Cambridge model of higher education as the iPod is to the orchestral model of music production.

The standard academic rallying cry is that higher education, as such, has positive externalities to the point that it approximates a public good (that is, that we should tax even those who don’t enroll in college to support university educations). That may be so. This argument, however, is ultimately self-defeating, since it only requires someone like Gov. Scott to ask whether some majors are better for the public than others. And that, too, is almost certain. In that case, to maximize the public welfare, we should be only funding certain majors (recall in this case that we do not value inquiry for its own sake). By granting the premise that the public-goods justification is acceptable, defenders of the university have opened the door to the piecemeal subsidization of various majors. Perhaps it would have been better to stress the value of inquiry and of knowledge for its own sake; but perhaps some private donors or the publics of the European Union, India, or the People’s Republic of China will take up that mantle.

(I should note that the more powerful argument against this sort of arrangement on rightist terms is that for many majors the government is, essentially, the price-setter. How much is a degree in secondary education worth? That question is inseparable from how much the government, writ large, intends to pay for the services that those majors qualify their students for–which, by definition, is only weakly influenced by the market.)

What Tabarrok, Scott’s task force, and Joanna Mendel all miss, however, is how such a funding mechanism would transform disciplinary content and practice. It would, to a first approximation, likely kill off traditional humanities. Yet it would also incredibly privilege variants of economics, political science, and sociology that have high statistical or other quantitative content. I would also hope, quixotically, that we would quickly learn that majors offered by many business schools are hardly worth the time. But somehow I doubt that any social-scientific data offered along those lines would impress successful businessmen like Rick Scott.

A Note on Newspaper Endorsements

Joss Whedon on Romney and Zombies