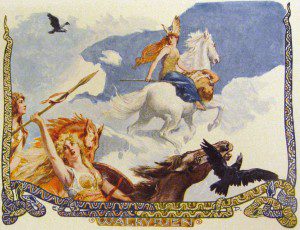 The Ride of the Resolve Warriors

Zack Beauchamp points us to Douglas Feith’s latest broadside against the administration with the tweet:

It turns out that the absurdity runs far deeper in Feith’s piece. I know that Obama’s fecklessness in the face of the Russian threat is an article of faith among neo-conservatives. As I’ve mentioned on numerous occasions, I think there’s a case for the administration overestimating the willingness of Moscow to accomodate US policy priorities. But Feith’s framing of the Reset owes more to the fevered imagination of right-wing bloggers than to anything resembling facts.

These moves by Putin are just the latest in a long string of affronts and rebuffs mocking U.S. President Barack Obama’s hope that he could “reset” U.S.-Russian relations. The policy’s very name implied that the strains in the relationship were largely America’s fault — that Obama had to rectify U.S. policy. He expected to turn Russia into a cooperative partner by showing greater humility and by accommodating Putin’s sensibilities on Iran, ballistic missile defense, nuclear arms treaties, and other matters.

Wrong. The (correct) assumption behind the Reset was that, by the end of the Bush Administration, Russia and the United States had virtually ceased to conduct bilateral diplomacy. The Bush foreign-policy team was, without a doubt, complicit in this process. Its burning disinterest in engaging Russia extended beyond confidence-building measures and positive interactions. The Administration even neglected to make a sustained effort to warn Moscow against escalating its conflict with Georgia while it told Saakashvili to exercise restraint.

The architects of the Reset wagered that they could change this state of affairs by acknowledging the collapse in relations and making a commitment to normalizing them.  The first concrete steps would involve engaging on issues where both sides could gain through mutual cooperation, including New START and Afghanistan. The US also abandoned the controversial Third Site proposal, but replaced it with a technically and strategically superior alternative (now called EPAA) that had the advantage of not placing interceptors on Polish soil.

The Obama Administration aimed to build on these steps to work on progressively more difficult policy arenas. At the very least, normalized relations–including ramping up military-to-military cooperation–would reduce the risks of inadvertent confrontation.

Nothing in this roadmap — and little in its implementation — involved abandoning core US interests. Specifically, the Administration aimed to:

Over the last few years, the US has made some progress on the first, has moved ahead on EPAA despite Russian objections, and concluded a New START agreement that involves concessions by both sides.

Yes, US-Russian relations have taken a nosedive. But that isn’t because Obama’s been naïve or feckless. Rather:

Since the start of the Reset, Washington has: adopted a more effective BMD posture, convinced NATO to adopt missile defense as a core mission, continued to expand the gap between Russian and American military capabilities, strengthened its position in Central Asia, forcibly removed an autocratic regime (Libya) in the Middle East, and done the last under cover of a UN resolution that Moscow regrets agreeing to. Meanwhile, despite harassment, the US ambassador to Russia continues to maintain ties to elements of the opposition.

So, yes, Feith can supply a long list of ways that Russian isn’t cooperating with the United States. But almost all of the list demonstrates the Obama Administration’s willingness to push back against Moscow’s demands.

Obama first spoke of “reset” less than 12 months after Russia invaded Georgia, a U.S. friend and partner. Soon after that, the Russian-built Bushehr nuclear reactor in Iran began operations. As rebels tried to bring down the government of Syria’s Bashar al-Assad in early 2011, Russia supplied the Syrian dictator with military equipment by sea. Reuters reports that Moscow sold Damascus $1 billion dollars of military hardware since the uprising began. Secretary of State Hillary Clinton warned Russia in June 2012 against sending helicopters to assist the Syrian regime in its attacks against civilians and rebels. In August 2011, Putin, then the prime minister, accused the United States of living “like a parasite” on the world economy. At a May 2012 international missile defense conference in Moscow, Russia’s top military officer Gen. Nikolai Makarov denounced U.S-NATO plans to build defenses against ballistic missiles launched from the Middle East. Referring to potential Eastern European sites for such defenses, General Makarov made a remarkable threat: “A decision to use destructive force pre-emptively will be taken if the situation worsens.”

Naturally enough, Feith’s alterntive comes back to the “speak loudly and cary a magic wand doctrine,” or what David Shorr calls “the resolve fairy.” Somehow if the Obama Administration simply said nasty things to the Russians, they would magically accomodate US policy objectives. Better to attack them for their authoritarian policies–policies which the US can do nothing about–when trying to secure their compliance because…. Resolve! Values! Exceptionalism!

The reference to Georgia amount to something of a “tell,” coming immediately after the Saakashvili regime’s increasing autocratic tendencies led to its electoral defeat. There’s no doubt that Tbilisi was much better than its neighbors — as the peaceful transfer of power underway demonstrates — but its supporters in the Bush Administration turned a blind eye to its democratic backsliding and then criticized the Obama Administration when it made took a tougher line. But what’s hilarious and pathetic about Feith’s obsession with Georgia is that the 2008 war was a disaster for Bush Administration foreign policy.

And it highlights the farce of attacking the Obama Administration for squandering US credibility with our allies. After all, Bush pushed hard for a Membership Action Plan (MAP) for Georgia only months before the war–and did so in spite of European warnings of NATO being pulled into a peripheral conflict on Russia’s border. By August we all watched Saakashvili eat his tie on BBC news while Russian forces crushed his hard-built military.

But never mind how the Obama Administration generally restored US credibility in Europe and prosecuted a deadlier war against Al Qaeda. Ignore how the current anti-Iran sanctions regime is a consequence of the Obama team’s overtures toward Russia and its demonstration that Teheran wasn’t serious about negotiating. Why not?

Look over there, evil lefty academics!

Within the community of progressive American academics — the community of which Obama and key members of his administration have long been proud members — the idea of America as leader of the free world commands little respect. The very term “free world” is disfavored, as is the idea of the United States as leader. Rather than see American power and assertiveness as desirable, progressive faculty members at leading universities commonly look at them negatively, as major sources of international tension. According to this view, building bridges to states that fear American power will earn the United States respect and encourage harmony, but strengthening existing alliances and supporting democratic friends reinforces American influence and aggravates fear abroad of American hegemony. The United States is seen as more the cause of international problems than the answer. It is a theme the late Jeanne Kirkpatrick in 1984 famously referred to as “blame America first.”

I only see one side in this election blaming America for everything going wrong in the world. Just sayin’

If Flip-Flopping is a GOP Cardinal Sin, How can you Vote for Romney after that first Debate?