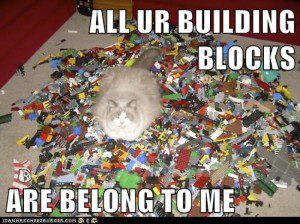 There’s some rambling analysis after the linkage.

The Duck has had a big uptick in content in the last two days. PM asks when it is rational to abandon the PhD. Megan Mackenize explains why rape isn’t declining. I mock both the quantity and quality of foreign-policy content in the 2nd Obama-Romney debate. Robert Kelly expresses outrage over the laser-like focus on the Middle East in the VP debate. I use a primitive spatial metaphor to analyze a particular justification for voting third party, right after being moved to write around 1200 words on Doug Feith’s pathetic critique of Obama’s foreign policy. And Robert Kelly wonders why right-wing commentators have learned to love the flippity flop.

On another note, my television watching is basically limited to children’s cartoons (thanks to Phineas and Ferb, the Avengers animated series, the Clone Wars, and many other shows that remind me how much better this stuff is then when I was a kid), the occasional baseball game, and major political events. The last few days have been a real eye opener for me, what with finally being exposed to the non-stop barrage of mostly indistinguishable political ads, as well as realizing just how absurd MSNBC has become.

I think that there are two reasons I missed how crippling the first debate was for Obama. First, I didn’t pay adequate attention to the comparative body language of the two candidates. Second, I didn’t realize just how devastating the post-debate coverage would be. The latter reminded me of a compelling chapter PTJ wrote on the social construction of “events” (gated). He uses, to great effect, the “Dean Scream” as an example.

I don’t have much to add to the overall assessment of the second debate. Obama 2012 v2 was much better than both Romney and Obama 2012 v1. He didn’t crush Romney, but he clearly won the encounter. Two things stand out. First, Obama’s much-maligned “professorial” demeanor might have been a plus in a town-hall setting, where a candidate has to explain stuff and engage an in-house audience while doing so. Good professors don’t condescend, they keep things interesting, and they convey arguments. Great professors let their students work things out for themselves, but town-hall “debates” aren’t seminars.

Second, although significantly less ridiculous than Romney’s approach to the debt and deficit, Obama isn’t terribly serious on reducing either. As Romney pointed out, there’s no way Obama can maintain the level of spending he points to, leave “middle class” taxes alone, and make a significant dent in either. Although I’m sanguine about short-term deficits (more borrowing now would, in fact, be a good thing), the situation makes clear just how disastrous Bush’s pro-cyclical tax cuts remain for the nation. At the time I worried that they would basically hobble necessary spending on investments and the social-safety set for decades, while creating a de facto structural debt problem that no politician would be willing to tackle. I don’t enjoy being proven right. The only hope is a return to fiscal sanity among the GOP that enables a tenable “grand bargain.” I’m not holding my breath.

When is it rational to leave graduate school?