Why Does John McCain Hate Susan Rice? Republicans and Benghazi

I’ve been curious why John McCain is pursuing Susan Rice with such a vengeance for her inopportune remarks on Sunday talk shows in September about the not-so spontaneous attacks on the U.S. consulate in Benghazi. As I think about other prospective nominees to lead the State Department like John Kerry, John McCain actually has more in common with Ambassador Rice. 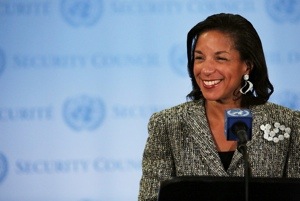 Susan Rice has been one of the Obama Administration’s more ardent interventionists on Libya, Syria, and Darfur. Like McCain, Rice is willing to use military force to prevent atrocities and defend American interests. Liberal internationalists like Rice actually has views more in tune with neocons like McCain than they do with realists like John Kerry. Where realists are quite conservative about the prospects for using force in defense of the country’s values, both liberal internationalists and neocons are optimistic about the ability to remake the world in the image of the United States. That is what makes them both liberal. Indeed, neoconservative is a misnomer. They really should have been called liberal nationalists. Where they differ from liberal internationalists is on means. Liberal internationalists prefer multilateral instruments to address foreign policy problems whereas neocons prefer national ones. 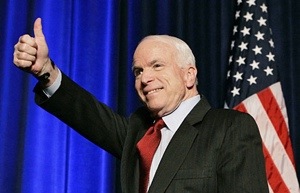 So, McCain by attacking Rice with such vehemence may diminish her prospects to be confirmable as Secretary of State, perhaps leading the president to nominate someone even less simpatico with McCain’s worldview. Among the leading contenders is John Kerry whose own military experience seems to have made him largely allergic to the use of force (Kerry has been criticized by conservative media like the Wall Street Journal for being too cozy with the Assad regime). Even a long shot like former Obama Ambassador to China and Republican John Huntsman appears to be even more inclined to support an anti-interventionist foreign policy (save for with respect to Iran).

Today, McCain was deprived of one argument when Director of National Intelligence James Clapper admitted it was he who had asked for the words “terrorism” and “al Qaeda” be removed from the talking points Rice was given for the talk show appearances.

Some have speculated that this attack on Rice is merely a ploy for Republicans to recover their waning advantage on national defense and foreign policy. Others suggest erstwhile critics like South Carolina’s Senator Lindsey Graham are preparing for reelection and a potential primary challenge.

Whatever their reasons, attempts to use a partisan cudgel to undercut Rice’s candidacy so far have only irked the president, who responded with a vigorous defense of her in his post re-election press conference:

She made an appearance at the request of the White House in which she gave her best understanding of the intelligence (on Benghazi) that had been provided to her. If Sen. McCain and Sen. Graham and others want to go after somebody, they should go after me – and I’m happy to have that discussion with them.

Some commentators (here, here) have criticized Rice for being too brusque to be the nation’s top diplomat. Still others see her as being too much of an Obama loyalist and would prefer a more independent voice at State. I tend to think too much is being made of a single set of performances.

As for these other criticisms, I’m less inclined to think that a colorless diplomat like Warren Christopher is the right kind of person to lead the State Department. In terms of foreign policy inclinations, Rice appears more interventionist than the president himself, so she might actually be a check on voices like Vice President Biden who might be more hesitant to support interventions for humanitarian purposes. That said, I think she should be judged on the basis of her full tenure as UN Ambassador. To that end, I’d be curious what others make of her time there.