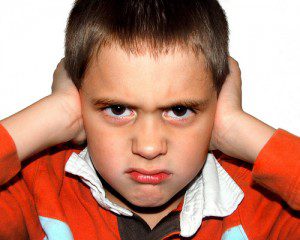 I got some snippy responses, well one in particular, to my post on the future of international relations theory based on a reading of the tea leaves over the last year or so. And it made me realize that there is a fundamental divide between me (and I hope others) and rationalists on the issue of assumptions. I thought I’d write about and get some feedback. I’m sure that there is a literature and debate on this somewhere else, but I blog about things that I don’t really have time to look into. Isn’t that the point? (Although I would appreciate it more responsible people pointed me in the right directions…..).

It seems for rationalists that assumptions are statements that one makes to make the building of theoretical models easier.  It does not matter if they are true, only if they are useful. Assumptions in rationalism are just things you don’t touch. It is a synonym for elements of an argument that are not subjected to empirical analysis or testing. I guess this is a necessary evil to make formal models in particular work. Otherwise one can’t find equilibria and generate expectations of outcomes.

I think this is completely indefensible. Thinking of assumptions in this way indicates being closed off to information. Assumptions become presumptions. Rationalists essentially indicate that there are some things that they just aren’t going to think about. This is wholly unscientific. The scientific mindset is about questioning absolutely everything. That’s how the whole Enlightenment got started. There is nothing natural and true about the Church and the divine right of kings. Think, you stupid fools! Through the power of reason you will expose the falsehood of your assumptions.

In psychology the frequent use of assumptions is associated with a need for cognitive closure or a lack of “epistemic motivation.” Needless to say these are not things that any academic would like to be accused of. They amount to subjective bias and an unwillingness to think critically. These are the characteristics of ideologues not careful analysts.

When anyone starts a new research project, everything has to be up for grabs. Nothing can be decided in advance. Find a question first; the answer comes second. That is the very essence of social science. I might have a particular hunch based on a previous observation, but if I am not willing to rethink it then I have no business doing this for a living.

In general this leads to an indictment of the use of paradigms in international relations. Paradigms all revolve around assumptions. Oftentimes they are completely implicit and unconscious. For instance, I have argued that structural realists don’t recognize that they are making assumptions that decision-makers are fearful. This is necessary to make the whole thing go. If we don’t question our assumptions we are no better than some conservative at the Heritage Foundation who knows what he is going to find before he looks for it. Or a liberal at…. Well, I can’t think of any obvious counterpart.

We might agree that objectivity is generally impossible. But I can’t see any alternative but to strive for it while recognizing our cognitive limitations. This means being aware of our biases at all times and NOT ASSUMING ANYTHING.  The irony of this position, it seems to me is that we get to positivism vis relativism. We must realize that if we are guided deductively by theory (assumptions), then we will have theory-laden (that is unrepresentative and biased) data which will inhibit our ability to see things as they are. So relativism teaches us how to be good positivists. It is a warning to question our assumptions. Isn’t that the point of critical theory, to emancipate us from our presumptions?

What about the counterargument that assumptions are useful even if not true? My point is that they can’t be useful if they aren’t true. It is like a house with a rotten foundation. It will come crashing down. For instance, I constantly encounter formal models on issues of bargaining or crisis behavior among states that sneak in little caveats like the assumption of risk neutrality or risk aversion. Some authors are honest that this is necessary to make the model tractable. Others try to make the claim that there are empirical reasons to make this assumption, which I just don’t buy. In any case, if it turns out to be false, the model completely falls apart. Fearon’s rationalist model of war rests entirely on the assumption of risk neutrality or risk aversion. If risk acceptance is allowed, then there is no overlap in the bargaining space. You don’t need any of that stuff about incentives to misrepresent one’s reservation price to explain war. Some just prefer it to peace, costly as it is.

Any theoretical model is only as good as its assumptions. So what Fearon offers is a model of political behavior among people whose decision-making actually conforms to the assumptions he makes. Nothing more and nothing less. And considering why we don’t have any empirical reason to think that this is how people systematically behave, I think the application is limited.

Don’t get me wrong though. I appreciate the fish in a barrel. Although not wanting to make assumptions, I remain open to being convinced otherwise.