Brian and Phil Hug it Out

Many of you see 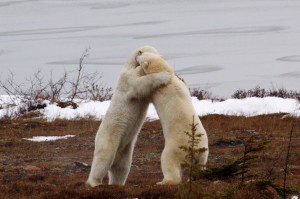 m to have read my earlier post knocking the use of assumptions in theory-building, particularly rationalism, and Phil Arena’s defense of it. My earlier post was a little over the top and insulting, which led him to take umbrage. I called him a dick;  he called me a dick. We were both right, although I guess I started it.  When we are thinking about who to ask in as guest contributors, my main criteria was theoretical and epistemological diversity. Then I pulled this. Now we are going to hug it out. Come here, buddy. Give me some sugar. Wait, wait…. No tongue. You are still just a guest contributor. Only over the shirt action.

But……..!  I read Phil’s rebuttal and I still don’t get it. His position seems to rest on two points. First, that everyone uses assumptions in theory building, even in their daily lives. So that means rationalists are no different than others. And second that assumptions, even those that don’t reflect reality, are still useful in getting us somewhere.

Phil makes his first point through the example of driving a car. When we get on the freeway we are putting our lives at risk based on an assumption that others are not going to drive into us. Apparently Phil thinks that we cannot base that on evidence. Rather we are making an assumption beyond what the evidence allows that others will not cross the yellow lines.

Three thoughts: first, this does not seem like an assumption at all to me. I think I know that people do not want to die based on the years of data I have collected in my life — how they drive, how they go to the doctor to the bitter end, etc. Now it is possible that I encounter a suicide driver. But such an instance would (and does) attract so much attention because it is so at odds with what usual happens. That is we all know that people generally don’t want to die. That’s why we pay so much attention to people who do. It is so surprising. So there is a difference between a safe assumption, that we have a lot of reason to believe, and an unsafe one.

Second, there is no such parallel in theorizing about international relations. What do we know about what states want? Or what politicians want? Do we know that states want to survive? Yes. But there is no such easy answer for states as just driving on one side of the street.  It is a much more complex problem and hence the use of assumptions is likely to be that much more detrimental to theory-building. These are unsafe assumptions.

Third, it strikes me as highly ironic and a little bit cynical to justify the use of assumptions in theory building through what looks like an ontological assumption that people are not expected utility-maximizers. It seems that what Phil is describing is a social practice or a cognitive heuristic. So rationalists can assume that individuals maximize expected utility because we know empirically that social life is predictable only because individuals don’t act in such a way?

I personally think, and maybe someone can show me that I am wrong, that I don’t make any untested assumptions in my own work. My template of late has been to look at how individuals have been shown to behave, actually, in empirical settings and then find parallels for international relations. I use the cooperation literature in social psychology to make the case that individuals behave differently in the same structural setting. This literature shows that assumptions of egoistic utility-maximizing does not hold up for a lot of people (but it does for some). This owes to different levels of trust. One might argue that by making such a leap to international relations I am relying on an assumption that the same dynamics apply. But I don’t. I generate a series of hypotheses, and measure trust the best way I can, to see if it actually does apply. My assumptions, if one could even call them that, are subject to testing.

Phil’s second point is that models are still useful even if they are based on unlikely, even false assumptions. Because models are like maps. It doesn’t matter if they are true. Here I think Phil is doing my work for me. Of course it makes sense to distinguish maps based on their veracity. A map that puts a river where there is a mountain range will get you drowned. The fact that maps should be as accurate as possible seems to be supported by the fact that cartography has always been about trying to improve on previous maps, to give us more information rather than less. The old maps where dragons were supposed to lurk past the European land mass were not very useful. Phil uses the analogy that a Garmin won’t show us elevation and therefore is not true. But this is because we don’t need to now the elevation provided our car can get up a hill. It simplifies reality but does not distort it. This is the key difference. I think that the assumptions made in a lot of rationalist models are distorting, not simplifying.

Another critique is that a simple map might get you some where, but not really tell you how. This is particularly relevant if a rationalist model based on assumption generates the same predictions as another theory that has a better sense of the causal mechanism by which that outcome is generated. So an old native American map that tells me to make a right at the rock that looks like a Buffalo is not as good as the Garmin even if I don’t get lost either way.

Rationalist models are indeed useful in a particular way, in getting us to think in new ways. And this is what I most regret not saying in my earlier post. For instance, Fearon’s 1995 piece has influenced my thinking enormously, not because I think it is right but because it pointed out the importance of uncertainty about preferences to me. When I was criticizing the utility of rationalist models it was in their empirical accuracy not their conceptual innovations. This would all be fine if these assumptions were subjected consistently to empirical analysis. But this is far to rare. Rather I see a certain bubble that develops in which the assumptions are taken as true. An article I like a lot has a sentence to the effect of, “Since Fearon 1995 we know that war is ex post irrational.” Really, we know that? Phil might just call this sloppy work. I’d agree. I also think it is common. And those who know me know that I don’t confine this critique to rationalist work. I see sloppy work everywhere and post about it.

There is a certain “have it both ways” quality to rationalism. They will go after work that does not assume strategically oriented behavior based on self-interest (particularly in reviews, based on personal experience), yet fall back on the “it’s just an assumption” defense when one tries to hold their feet to the same fire. I guess you can tell that part of my post was based on a personal frustration that might owe less to what rationalism should be as opposed to what it is.

But I think I got distracted from my initial purpose of talking about assumptions by everyone! For instance, I think we lost a decade of good international relations scholarship by assuming that states were unitary actors. And I think that most rationalists agree that that was wasted time because it was such an (obviously)  false assumption.

5 Fox News Myths about the Fiscal Cliff – and no more ‘Cliff’ Metaphors either… please! stop!